Sam Claflin has been cast to play the prince in the fairy tale romance Snow White and the Huntsman, starring Kristen Stewart.

Kristen Stewart goes from playing a vampire in Twilight to Snow White in the movie Snow White and the Huntsman — and now her prince has finally been cast! 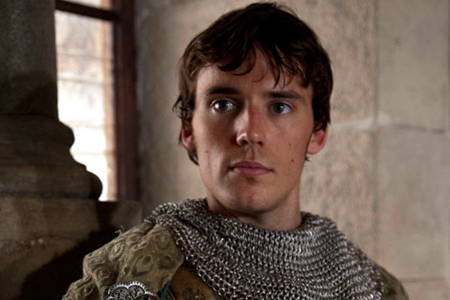 Sam Claflin, who recently appeared in Pirates of the Caribbean: On Stranger Tides, has been given the role of Prince Charmant in the movie Snow White and the Huntsman. The movie will also star Charlize Theron, who has been cast as the Evil Queen, and the Huntsman is rumored to be Thor hunk Chris Hemsworth.

The British actor Claflin replaced Orlando Bloom as Johnny Depp’s sidekick in the new Pirates movie, however, prior to that he was a relative unknown. He will also be seen in the movie The Seventh Son, which stars Jeff Bridges and Julianne Moore.

It will be interesting to see how big of a role Claflin will play in this movie, as it focuses more on the princess and the huntsman — who is supposed to take her into the woods to kill her.

Snow White and the Huntsman will start shooting this fall and is slated to hit theaters December 21, 2012.