Superman star Henry Cavill is engaged to be married to his girlfriend Ellen Whitaker. Get all the details here! 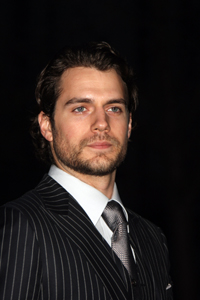 It has been quite a year for The Tudors actor Henry Cavill. He was cast as Superman in the highly coveted Man of Steel role and he has gotten engaged to his girlfriend Ellen Whitaker.

Ellen Whitaker, who is currently training for the British show jumping team for the 2012 Olympics, caught Cavill’s eye when he watched her at the International Horse Show at Olympia. After the show, he was introduced to her — but she had no idea who he was!

“Henry said he was an actor. When the other rider asked, ‘Are you famous?’ Henry replied, ‘The fact you’ve had to ask that suggests probably not,'” she recalls to the Daily Mail.

The 24-year-old said she had just gotten out of a long relationship and was standoffish to Cavill, until he continued to pursue her.

“He sent me a message on Valentine’s Day. I thought, ‘Gosh, he’s not going away easily’ and we started talking on the phone while he was in Canada filming Immortals.” Lucky gal!

Cavill, 27, asked her to marry him while on a trip to Hollywood, however, he spoke with her dad and got his permission first. “I couldn’t believe it when he asked me to marry him,” Whitaker says. “I thought we were there to celebrate his birthday. It was such a surprise and I am so happy.”