There’s a lot of action in the DVD, Blu-ray and OnDemand releases for this first weekend of May 2011 and at your local Redbox. Seth Rogen’s The Green Hornet, Vince Vaughn’s The Dilemma, Wilmer Valderrama’s From Prada to Nada, Robin Williams’ What Dreams May Come and Kyle MacLachlan’s uplifting Mao’s Last Dancer are among the new releases coming home. There’s also some drama from Renée Zellweger and Forest Whitaker! 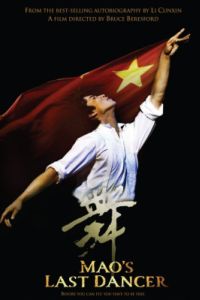 The movies currently winning the DVD rental battle include recent releases Black Swan, The King’s Speech, Yogi Bear, Due Date, Skyline, The Tourist, Hereafter, Love and Other Drugs, Country Strong, Tron: Legacy, Tangled, The Fighter, 127 Hours, How Do You Know, The Switch, Sacrifice, Unstoppable, Life as We Know It, The Way Back and Rabbit Hole, but there are a lot of new contenders for the weekend of May 6 that just might intrigue.
For an uplifting tale, SheKnows’ big recommendation is Mao’s Last Dancer, starring Kyle MacLachlan, Bruce Greenwood and Joan Chen. Based on the bestselling autobiography of the same name, the film follows the life of Li Cunxin and his extraordinary journey from poverty to international stardom.

The Green Hornet is the biggest movie on the new release list and stars Seth Rogen as the unlikely hero and boasts a few writers from Superbad. Unfortunately, that didn’t add up to the best reviews for the action comedy, but the action did land 2011 MTV Movie Award noms for costars Jay Chou and Christoph Waltz and might be the perfect hangover cure.

Ron Howard’s The Dilemma came in second to The Green Hornet in the box office races back in January, but the dramedy about what to do when you discover your best friend’s wife is having an affair met with mixed reviews that skewed to the negative. It stars Vince Vaughn, Kevin James and Jennifer Connelly.

Robin Williams, Cuba Gooding Jr and Annabella Sciorra bring home What Dreams May Come, a visually stunning metaphysical tale of life after death; while From Prada to Nada offers an updated, Latina spin on Jane Austen’s Sense and Sensibility, with Camilla Belle, Alexa Vega and Wilmer Valderrama in the starring roles. 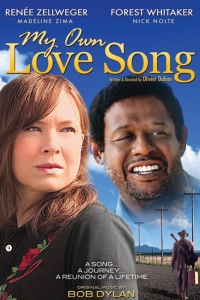 The Renee Zellweger-Forest Whitaker new release My Own Love Song is an indie film that didn’t get a lot of play. It’s hard to imagine that, considering it featured Zellweger, Whitaker, Nick Nolte and Madeline Zima, as well as music from Bob Dylan and direction by Olivier Dahan (Ma Vie En Rose). If you’re in the mood for a Southern road trip flick about friendship and lost family, this could be your ticket, but be warned: While it did hit theaters in France, in the U.S. My Own Love Song went straight from the festival circuit to video.

Other new flicks to check out include A Somewhat Gentle Man, Waiting for Forever, Sex, Lies & Death and Ninjas vs. Vampires. George Clooney, Quentin Tarantino and Harvey Keitel’s From Dusk Till Dawn goes hi-def with a rerelease.

TV lovers may enjoy going back with classics like Boy Meets World: The Complete Fifth Season and Melrose Place: Sixth Season, Volume 1. From the more recent past, you can now check out Drop Dead Diva: The Complete Second Season, Make It or Break It: Season 1 V03, According to Jim: The Complete Third Season and the BBC import Being Human: Season Three.

You can also check out SheKnows’ new release listing from last week for ideas.