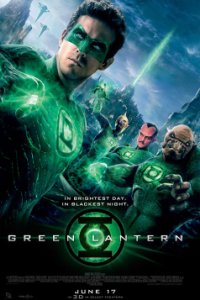 Some SheKnows readers may not be sure exactly who the Green Lantern is or what his superpower is, but never fear. The new trailer for Green Lantern has landed (below) and it explains everything!

What you won’t get from the trailer, however, is the back-story. Ryan Reynolds plays Hal Jordan, a gifted but cocky U.S. Air Force test pilot who is chosen to be the first human Green Lantern. With a growing evil threatening the universe, Hal must put on a magic ring and save the day, but first he must survive his training with the odd-looking members of the Green Lantern Corps, including his new mentor, Thaal Sinestro (Mark Strong)!

While the otherworldly visit turns Hal superhero, Dr. Hector Hammond’s (Peter Sarsgaard) brush with an alien meteor turns him into a super villain.

With new powers and a villain on the loose, Hal gets support from his childhood sweetheart, Carol Ferris (Blake Lively) of Ferris Aircraft. No slouch herself, she’ll get in on the action, too.

“Our director (Martin Campbell) likes it real — the fights close and dirty,” Lively told Vogue. “I’m 40 feet in the air, spiraling around. It’s so exhilarating, so thrilling — and nauseating.”

Green Lantern, written by Greg Berlanti and comic book writers Michael Green and Marc Guggenheim and then rewritten by Michael Goldenberg, hits theaters in 3D and 2D on June 17, 2011.

It’s clear the kids will want to go check out the funky aliens from Parallax and the wild visuals, but with Reynolds and Sarsgaard going toe to toe, it just might be a summer pick for girls’ night!