Katherine Jackson is still defending her son Michael Jackson against molestation allegations — even after his death. 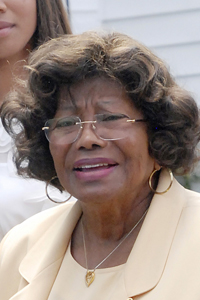 Katherine Jackson appeared on Today to discuss the case against Dr. Conrad Murray, who is accused of manslaughter in the death of Michael Jackson. When Matt Lauer asked if there was anything else she wanted to share with the world about her son, she immediately jumped into the scandal that nearly destroyed Michael’s career.

“As far as Michael being a child molester… that’s the biggest lie ever been told,” she said.

“His lawyers told him he should just pay the money,” Katherine said when Lauer asked why Jackson paid off his first accuser. “They thought that just paying the money and shut the people up would be the right thing to do.”

She even said Jackson didn’t want to go along with the payoff, but his legal team insisted. She says Michael told her, “I didn’t want to do it either mother, I wanted to fight it because I knew it wasn’t the truth.”

The trial of Dr. Conrad Murray has been pushed back to September 2011.