In Thor, Anthony Hopkins plays King Odin and the casting could not have been more impeccable by director and fellow Brit, Kenneth Branagh. Hopkins made his film debut in 1968’s A Lion in Winter as King Richard and now he has a bookend for his career that is ravishingly royal with his role as King Odin in Thor. 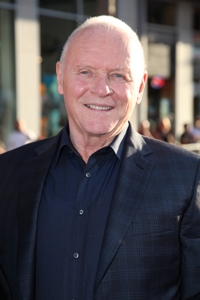 Anthony Hopkins sat down with us for an exclusive video interview to talk about Thor and his unique path to career immortality. Instead of populating the London stage for years, the UK actor chose to go Hollywood in search of film fame. To say he found it is the understatement of the year.

Hopkins is an Academy Award winner for Best Actor from his performance in The Silence of the Lambs. He earned three more Oscar nominations for The Remains of the Day, Amistad and Nixon. Did we mention that SheKnows was sitting opposite a modern-day knight as Queen Elizabeth knighted him in 1993?

Yet, it was his love of America that drove him to move to this country and become a U.S. citizen in 2000. How about that? One of the world’s most accomplished actors is now American. God bless the USA, indeed!

In a very Shakespearian tale, Thor has a younger brother who feels he is the best to ascend to the throne, instead of the first-born Thor. 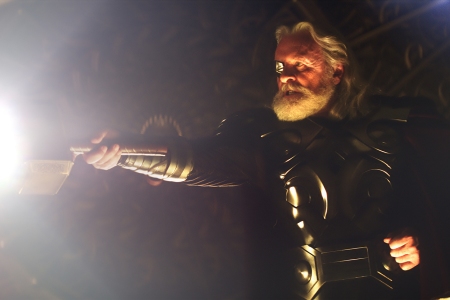 Hopkins dishes working with Branagh and also why his co-star Chris Hemsworth is not only a perfect Thor, but a movie star of the future whose time is now.