Mariah Carey and Nick Cannon have finally revealed the names of their twins. Are the twins’ names as weird as we envisioned?

Mariah Carey and Nick Cannon have finally revealed the names of their newborn twins: Their son’s name is Moroccan Scott Cannon and daughter is Monroe Cannon! 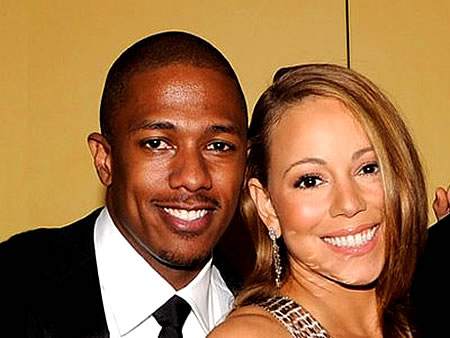 We love the names — not at all what we envisioned after Carey and Cannon gave hints on Twitter.

So, where did the names come from? Moroccan Scott is named after the top tier on Carey’s NYC apartment: The Moroccan Room. Scott is Cannon’s middle name and his grandmother’s maiden name, according to CNN. The Moroccan Room also has special significance for the couple: It’s where Cannon proposed to Carey!

And as for Monroe? She’s named after Marilyn Monroe and doesn’t have a middle name because Carey doesn’t have one either. Like mother, like daughter!

Get more inspiration for your own baby names>>>

“It has been a long, emotional journey for this family, and I couldn’t be happier for all of them,” Carey’s rep, Cindi Berger, told CNN.

We can’t help but be super excited for Carey and Cannon: They’ve obviously looked forward to Moroccan Scott and Monroe for a while and it appears they’ll be doting parents. Plus, the twins’ names are unusual, but not as “out there” as we thought.

“I’m in the happiest place I’ve ever been in my life. I never had more amazing things happening. I am humbled by God’s Favor!!” Cannon tweeted on May 1.

What do you think of the names of Mariah Carey and Nick Cannon’s twins?