Lindsay Lohan is pretty much the luckiest criminal ever. The actress will likely escape jail time once again in her shoplifting case! 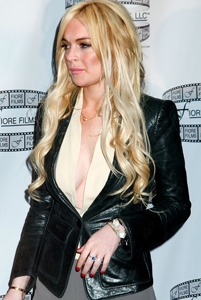 So remember all that jazz about Lindsay Lohan going to jail for 120 days because she violated her probation by allegedly shoplifting a necklace? Try more like zero days in jail.

That’s right kids: Despite the fact that a judge ordered Lindsay to jail for 120 days, she more than likely will not spend a single night behind bars.

According to TMZ, the LA County Sheriff’s Department says that for non-violent misdemeanor offenses like the one Lindsay is accused of they often allow inmates to serve their time under house arrest. The LA County Probation Department agrees.

Lindsay Lohan is already out on bail, and now lucky Lilo will probably be getting her favorite piece of jewelry back: Her electronic monitoring ankle bracelet.