The Twilight Saga: Eclipse, Inception and Harry Potter and the Deathly Hallows Part 1 lead the nominations for MTV’s 20th Movie Awards, while Justin Bieber makes his first appearance on the list. The 2011 MTV Movie Awards air live on June 5, so get in there and start voting!

The 20th annual MTV Movie Awards nominations dropped today, May 3, 2011. Twilight Saga: Eclipse leads the pack with eight nominations. Inception trails by only one nom, while Harry Potter and the Deathly Hallows Part 1 comes in third with six nominations. The top three are each contenders for Best Movie, going up against Black Swan and The Social Network, which have four and five nods, respectively. 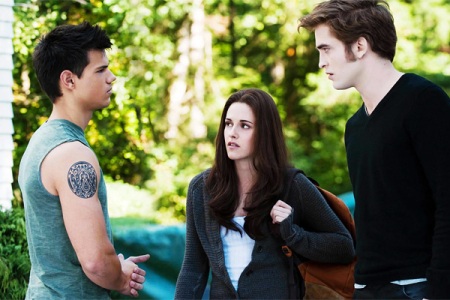 Eclipse‘s super couple Kristen Stewart and Robert Pattinson and were-hunk Taylor Lautner nabbed a share of the nods for the Twilight franchise, as usual. The Best Kiss category is Team Edward vs. Team Jacob all over again. Stewart is nominated with both Pattinson and Lautner and up against Ellen Page and Joseph Gordon-Levitt (Inception), Emma Watson and Daniel Radcliffe (Deathly Hallows) and Natalie Portman and Mila Kunis (Black Swan). 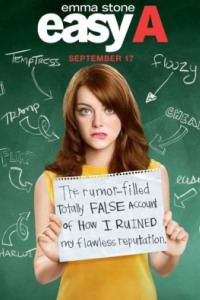 Funny girl Emma Stone bears the honor of being the only lady nominated for Best Comedic Performance this year. The Easy A star is up against big players Adam Sandler (Just Go With It), Ashton Kutcher (No Strings Attached), Russell Brand (Get Him to the Greek) and Zach Galifianakis (Due Date).

You can get the full 20th Annual MTV Movie Award nominee list and cast your vote at MovieAwards.MTV.com. Voting is open in all categories from today through June 4, 2011, with Best Movie remaining open until the final moments of the awards show.

Saturday Night Live‘s Jason Sudeikis is set to host the 2011 MTV Movie Awards, which air live Sunday, June 5, at 9 p.m. from the Gibson Amphitheatre. Considering it’s the big 20-year anniversary, this year’s show should be off the hook!