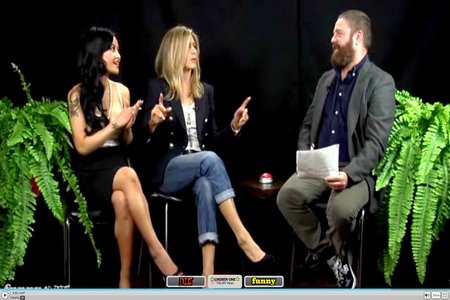 The Webby Awards, led by the International Academy of Digital Arts and Sciences, honor greatness in Internet endeavors and Galifianakis was rightfully deserving.

The website Funny or Die also had its own success at the Webby Awards, taking home a total of eight awards. Justin Bieber also won a People’s Voice award for his April Fool’s takeover of Funny or Die. The singer hijacked the site, replacing their videos with all things Bieber!

Other winners at the Webby Awards included Arcade Fire for their music video The Wilderness Downtown and Conan O’Brien for Best Celebrity/Fan Website.

The Webby Awards will officially be handed out during a ceremony in New York on June 13. Do you watch Zach Galifianakis’ web series? Did you happen to catch Justin Bieber’s prank on Funny or Die? Tell us, we want to know.