Mariah Carey’s twin names remain a mystery three full days after their April 30 birth, but today we can reveal a clue about what the baby boy and baby girl will be called! The diva herself took to Twitter to tease fans about her baby name choice, revealing that she and the kids will have something in common. 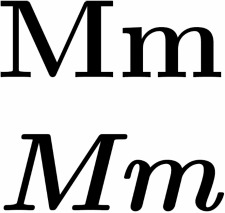 Mariah Carey‘s twin name selection just got narrowed down to one letter in the alphabet! The baby boy and baby girl she welcomed with husband Nick Cannon both have names that start with the letter “M.”

In the wee hours of Monday night and into Tuesday morning (perhaps Mariah was up during a feeding and diaper change?), Mariah Carey’s twin names were the hot topic on Twitter. The new mom wrote, “I wish I could personally thank all those around the world who continue 2 send congrats + prayers for #dembabies! They’re doing great and they are the most incredible gifts we could ever have imagined!”

Mariah Carey continues, “So we r bout 2 reveal the actual names and b4 we tell em 2 our friends etc. I had 2 C if any of the #lambily wanted 2 guess!!!”

Fans poured in twin name guesses such as: Celine and Julian, Blush and Bashful, Mariah and Nick Jr., Phoenix and Alexander.

Guesses submitted by Twitter fans include: Marilyn and Monroe, Malina and Madison, Melody and Music, Mariah and Mariah II.

No further word yet from the new parents on whether anyone hit the nail on the head and thus the world continues to wait for the official Mariah Carey twin names reveal!

What “M” names do you guess for Nick and Mariah’s baby names?