When a network wants to develop a singing competition show, who do they call to make it happen? The man who knows a thing or two about reality singing shows — American Idol‘s Ryan Seacrest!

Related story Chrissy Metz Says This Is Us Season 4 Finale Is a 'Doozy,' So Steel Yourself for a Sobfest

Ryan Seacrest is a man of many jobs in the entertainment industry and he’s not slowing down any time soon. The American Idol host and radio personality is in talks to lend his expertise to developing a singing series with NBC. Will it have a likeness to American Idol? 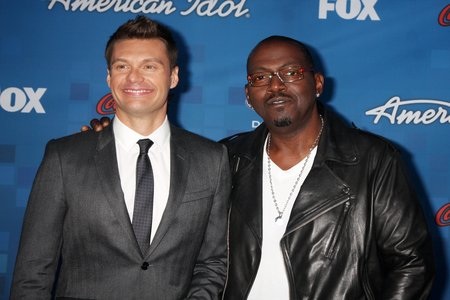 According to NBC’s Paul Telegdy via The Post, Ryan Seacrest is developing “another music concept, which is a totally different kind of competition show.”

He added, “It is self-contained episodes. It is a bit more fun. It’s not contestant competitive. It’s artist competitive.”

With the success of NBC’s show The Voice which boasts a vastly different format — coaches vs. judges — it’s likely there would be room for another singing competition show, provided it has distinct flavor.

This leads us to wonder: This new series is in talks for NBC, so what would that mean for Seacrest’s future with Fox and American Idol should he end up a part of the final product?

“It can take anywhere from 12 months to two years to develop anything these days,” Telegdy said. In real world terms — it’s too early to gauge.

Ryan Seacrest has plenty of time to figure out where the microphone will land. He has one season left in his $15 million contract that forbids him and his face from appearing on any other broadcast channel until 2012.

What do you think of another singing reality show? Is there room for a Ryan Seacrest takeover?