Scarlett Johansson showed off her new red hair at the White House Correspondents’ Dinner over the weekend. The actress loves switching up her look, as she has been seen with blond hair and dark hair, a short edgy bob and long, wavy hair. What do you think of Scarlett Johansson with red hair?

Scarlett Johansson loves change — and we don’t just mean with her love life! The star showed off her new red hair at the White House Correspondents’ Dinner over the weekend. The actress, who was spotted with boyfriend Sean Penn, wore a green Elie Saab dress that complimented her red hair and soft curls. Check out her before and after photo below! 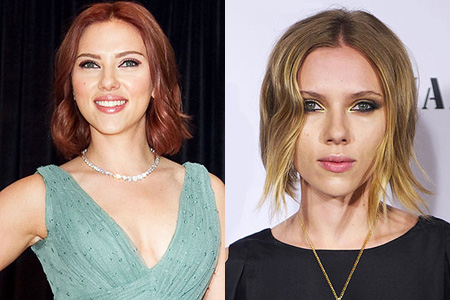 It seems like all of Hollywood has gone red! Blake Lively recently showed off her red hair, as did Drew Barrymore. Ashlee Simpson and Miley Cyrus are other celebrities that have been spotted with this trendy red hue.

This is not the first time Scarlett has dyed her hair red. She was seen sporting ginger locks in 2009 for Iron Man 2. She revealed in an interview that she dyed her hair red to get the Iron Man role! “When I met [director] Jon [Favreau] the second time I had red hair and a part of that, I think, was me wanting to experiment with my hair color and the other part of that was me kind of hoping that Jon would like the fact that I was experimenting.”

Check out Scarlett with long blond hair and dark hair below. 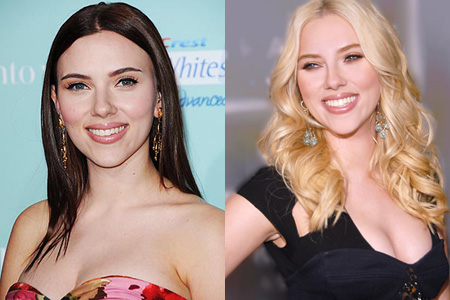 Tell us: What do you think is the best look for Scarlett?