Kate Hudson has a lot on her plate currently including starring in the highly anticipated film, Something Borrowed. Oh, and Hudson is also pregnant and due any week now. Did we mention she also became engaged to her baby daddy, Muse lead singer Matthew Bellamy?

Kate Hudson was the picture of pregnancy bliss, utterly beautiful as any expectant mom is and as laid back as any star I’ve met. She was ecstatic to discuss her latest film based on the bestselling book by Emily Giffin, Something Borrowed that also stars super-hottie Colin Egglesfield. 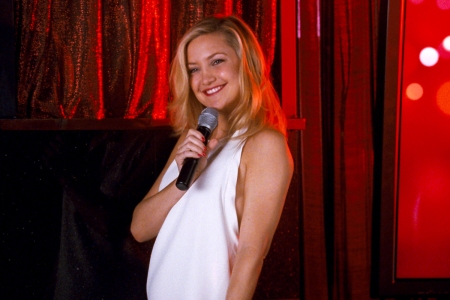 SheKnows & Kate Hudson: Together at last!

SheKnows: Your character’s not the most likeable person we’ve seen on the screen in a while. Were you worried about audiences really hating you as you went after Colin Egglesfield and his character in Something Borrowed?

Kate Hudson: No, not for me. You know why? The reason why I did this movie and why I was interested in her character was because of what goes in the next one and I’d never played a character like that before. So for me that was refreshing. It also lends itself to some good comedy to be the person who says the things that people don’t usually get to say and I wasn’t too afraid of her being too unlikeable. But I do — especially because in my generation or my friend group and people that I know — I know a lot of girls like Darcy. I feel like there’ll be a lot of people who will be able to relate to girls like Darcy.

SheKnows: Kate, what did you like most about playing Darcy? 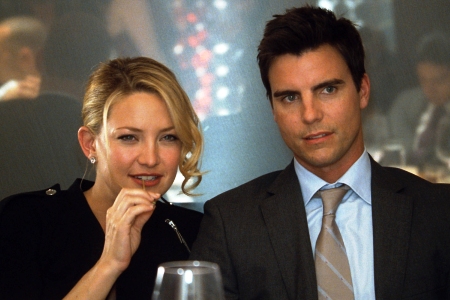 Kate Hudson: She’s not afraid of who she is but she’s definitely clever and she knows how to get her way by using certain tools but those tools aren’t around for very long which she starts to learn when you turn 30. This whole movie is about that age. What happens when you get into your 30s and it’s about career? It’s about your family and who were you in your 20s and where you’re going. And Darcy’s the one, she’s going to have the real adventure in the next book, she has the real ah-ha moment and OMG I don’t have any of these tools.

SheKnows: Will there be a sequel then to Something Borrowed?

Kate Hudson: Well, depending on the success of the film, hopefully. These books have quite a devout following so, hopefully, all of them will get out to the movie and get into it. Audiences love the books — me being one of them. I’m into her books.

SheKnows: So you wouldn’t characterize your character as a bad person?

Kate Hudson: I realize the thing is — does a situation like this when people are making choices based on how they feel or who they are, does it make them bad people? I think they did really well. They’re not bad people. They’re just experiencing their life and finding themselves in a difficult situation and having to learn from it and that’s what everyone’s doing at that age. I think it’s something that will really resonate with some folks, our generation, like 20 to 45, 50 will really, really [think], “Okay, I remember when my best friend was in the situation she was in.”

Kate on the Something Borrowed cast

SheKnows: There’s so much chemistry between you and Ginnifer Goodwin. What was that like working with her? 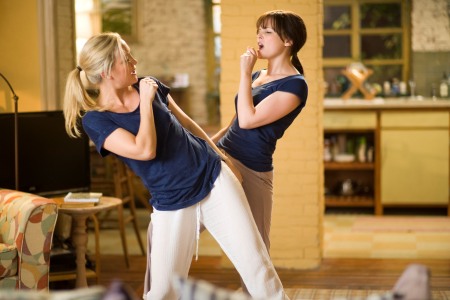 Kate Hudson: It was easy. We met and we clicked. I think honestly what it is, is that there’s a lot of ambitious women in this town and with that comes a lot of competitive energy. We all know that women can get quite competitive. Me, I don’t have that in me at all. We get on the same volleyball team, I go, “You’re playing softer or you’re going down.” I guess when I grew up I knew what the ups and downs are. I know what the industry is and how it works. I’ve always had that kind of thing where it’s like they either want me for a part or they don’t. You’re either going to succeed in that movie or you’re not. For me, I feel like especially with women we need each other. We need each other to make the movies and to make good female-driven films, which are very hard to get made. Guys do that well in this industry and women don’t. That’s why especially with Hilary (Swank, producer), when Hilary came to me to do this movie, I loved that she wanted to produce a female-driven film, that it’s a hard thing to get made. I felt like a good little girls’ club. I like the girls’ club, and Ginnifer does too.

SheKnows: What is Hilary Swank like as a producer?

Kate Hudson: Hilary wasn’t on set, she came and she visited. She was a real part of getting this movie made and getting the people involved and into developing it. I just like the way girls do things. We really do know how to get things done. Obviously there are so many male producers that I’ve worked with that are just incredible. Watching women multitask I find so intriguing because they’re so damn good at it. It was very feminine. They’re very feminine. It’s not like girls trying to be boys. It was a nice thing to see women as women.

SheKnows: How do you think Hilary and her producing team made the effort to reward the book fans?

Kate Hudson: I think Hilary and Molly, when they bought these books they really wanted it to feel like the book. They didn’t want to disappoint the audience. They didn’t want to have to compromise with the studio to sort of dumb it down or to water it down. They really wanted it to be about a guy who’s cheating on his fiance with her best friend and what is that and the dilemma on that saga. It makes for a good conversation piece and so I think they did a really good job. 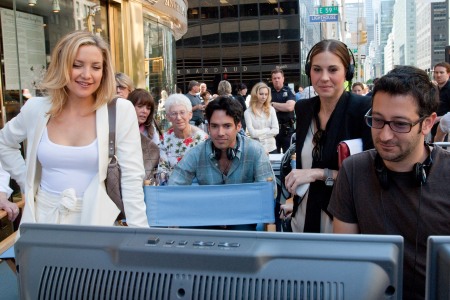 SheKnows: There’s a richness to these characters, is that what first attracted you to the film and, of course, made you love the books?

Kate Hudson: So what you just said, that it’s not necessarily a happy ending. That’s what I appreciate about it. There’s such a real quality in this entire cast of characters. Everybody (expletive) up big time. That’s what’s real in acting and an audience can relate to. You could hate this character but it’s all very contingent on the performances, not the way it was written because some of the stuff you were doing, you could have been eww but everybody was still charming and appealing and real. Everybody won the audience over.

Kate on rom-coms & the power of women in Hollywood

SheKnows: Your thoughts on romantic comedies?

Kate Hudson: Romantic comedies are predictable, depending on the situation. Then you have like, “How are they going to get together? In what circumstance are they going to end up meeting?” Then you have a friend, maybe a side relationship that makes you feel like OMG I don’t have that in my life and then you tip. That is a romantic comedy like Sleepless in Seattle, or You’ve Got Mail or How to Find a Guy in 10 Days.

SheKnows: Do you have to be a businesswoman in Hollywood? I know your mother Goldie Hawn was and is. Your mother was a heavy in the business and so are you. Can you just be an actress or do you have to have your own production company? Do you have to do all that?

Kate Hudson: It depends on what you want. I had actually not been as active in that department as my mother was in terms of developing and producing. I’ve dabbled in it and it takes a lot of work. There’s a stigma that follows you when you go down that road as a woman which my mother had to deal with very much in her prime. It can be very difficult. At the same time, it shows in the quality of work how she fought for a lot of things and the quality of the types of movies. She took it very seriously. I, in watching that, have fought against it a little bit because it’s a lot of work especially when you have a family. I’m 30, I’m not that much older yet, but in the decade I’ve been working now you get to a point where you go, “Yeah, I’m not going to apologize to anyone.” The work or not working is important if you’re a woman in this town. I think, like I said, women coming together who are people and actually driving female-driven movies is what will make them happen. If not, they’re not going to happen. There are very few men who want to get on a female-driven piece. 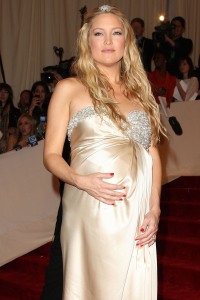 SheKnows: You do have to do it.

Kate Hudson: I do have to do it. I think it would be a shame if you didn’t. If women just waited for roles to come to them they’re few and far between and they’re not really that dynamic in terms of the success of movies that people want to go see. There are wonderful pieces that are very hard to get made that don’t make a lot of money but obviously are things as an actor you want to be part of. But in terms of the business you do need female driving forces to make the big female-driven films. We all know that, don’t we?

SheKnows: Well Kate, thanks for visiting with us, all the best with your pregnancy and upcoming nuptials!