It’s double the Gaga this Thursday. The queen of the Monster Ball will drop two videos for Judas, an abridged clip for American Idol and the $10 million uncut version for E! News. The “Motorcycle Fellini Pop Art Fantasy Film,” which casts Lady Gaga as Mary Magdalene, is sure to incite religious backlash. Haus of Gaga insists, however, the vids “celebrate faith” and Lady Gaga asks that we hold off on judgment until the Thursday premieres. 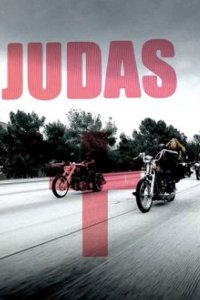 Lady Gaga will debut her video for her song Judas during American Idol‘s top five elimination episode Thursday, May 5; and will also premiere the “uncut” seven-minute version, which reportedly cost $10 million to make, the same day on E! News at 7:00 p.m. EST and again at 11:30.

The Judas videos feature Gaga as Mary Magdalene and Norman Reedus as Judas, along with a few other “big” cameos teased, but it’s the biblically-themed subject matter that’s already raising eyebrows.

Gaga and her co-director Laurieann Gibson insist, however, that in spite of the imagery and icons they may have used in the Judas videos, they’re not about blasphemy.

“I want to allow the video to speak for itself, but I will say that the theme of the video and the way that I wanted to aesthetically portray the story was as a motorcycle Fellini movie where the apostles are revolutionaries in a modern-day Jerusalem,” Gaga told MSN. “I play Mary Magdalene leading them into the town where we meet Jesus… It’s meant more to celebrate faith than it is to challenge it.”

“The video, in essence, suggests that forgiveness and betrayal are hand in hand,” Gaga added. “The video puts destiny above all things and postures that the mistakes in your life are in fact not mistakes at all: They are just part of your overarching potential and your destiny.”

Judas is the second single off Gaga’s sophomore album Born This Way, which drops May 23.