We thought we couldn’t be any more excited for Emily Giffin’s novel Something Borrowed to be released as a movie (in theaters May 6!) — but then we laid eyes on the tall hunk of a man who plays Dex, fiancé of spark-plug Darcy (Kate Hudson), with whom her BFF Rachel (Ginnifer Goodwin) falls madly in love. And we can see why! 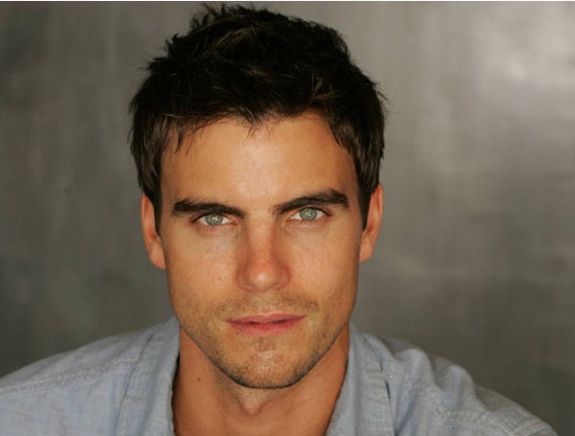 Why we love Colin Egglesfield:

Smoldering eyes, a love of philanthropy, and a solid American upbringing… This guy is like the warm apple pie of hotties!

He has a deliciously soapy background. 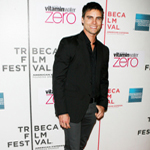 As for recent soaps, he played sous chef/surfer/former alcoholic Auggie Kirkpatrick on Melrose Place — not the so-bad-it’s-good ’90s version, but the 2009/2010 Ashlee Simpson-Wentz vehicle. Before Melrose Place, he spent a solid three-plus years on All My Children, as Erica Kane’s son Josh Madden.

A fun piece of trivia: When he and Simpson-Wentz (who played character Violet) left Melrose Place, this is how they exited: “He was last seen riding off into the sunset on his motorcycle with Violet on his back.” You can’t beat that Hollywood ending to his soap career!

He’s a Midwestern boy with a heart of gold. 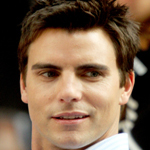 Is there anything more adorable and earnest than a high-school boy on a sports team? Egglesfield played both baseball and football at his suburban Chicago high school before heading to Illinois Wesleyan University to play football. After a few twists and turns, a photographer discovered Egglesfield, and he began modeling and acting.

Despite his success, Egglesfield hasn’t neglected his good Midwestern roots: His T-shirt company, Shout-Out Shirts, sells T-shirts with customizable velcro lettering, which he uses to promote education-reform initiatives including Project Grad and Stay in School. Other charities Egglesfield digs: Team for Kids,the Leukemia and Lymphoma Society, and the Lance Armstrong Foundation. Plus, he has tutored students at The Door Youth Center in NYC and reads books to schools in Los Angeles. Ummm…now we’re pretty sure this guy is perfect.

His positive attitude is contagious. 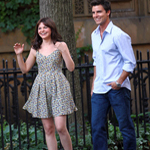 In a recent trailer for Something Borrowed, charming and down-to-earth Egglesfield said this: “Hopefully people when they see this movie, it will give them the inspiration and motivation to really follow their heart and go after what it is that they really want.”

We really want you, Colin! We’ll borrow you right back when Ginnifer Goodwin’s character is done with you! 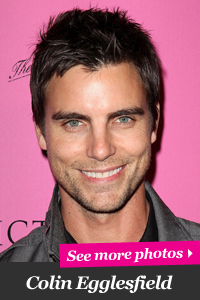