Today is likely moving Ann Curry up! Reports say she’ll be taking over the reigns of co-host with Matt Lauer when Meredith Vieira leaves her post. 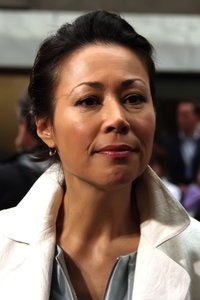 Ann Curry has been Today’s anchor for 14 years, but now she’ll be slipping into a different role according to reports — co-host!

Curry is on deck to take Meredith Vieira’s seat as co-host with Matt Lauer on the morning show that boasts big ratings.

So, with Meredith Vieira exiting and Ann Curry moving up, where does that leave everyone else in the shake-up?

Matt Lauer’s plans are still up in the air, as rumblings surfaced he’ll be leaving the show when his contract is up at the end of 2012.

Many questioned why Meredith Vieira would leave a successful show after five years. Her response was simple — family.

“If I were to leave at the end of next year because it’s time for me, I wouldn’t jump into another show,” Vieira told Ladies Home Journal in the past. She added, “I would look forward to not working, to traveling with Richard and carving out time for us.”

What do you think of Ann Curry taking Meredith Vieira’s place? Will Matt Lauer really leave? Tell us your thoughts — we want to know!