As news of Osama bin Laden’s death spread across social media, celebrities joined in by sharing their reactions. President Obama’s speech had many cheering in support, and a few celebrating by cracking jokes over bin Laden’s death. 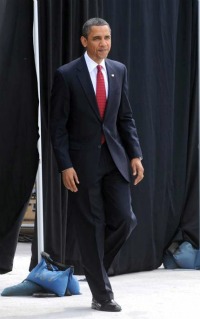 Here we take a look at what celebrities had to say about bin Laden’s death as well as President Obama’s speech.

Jenny McCarthy:
We should have sent @TMZ out to find [Osama] years ago. They find everyone.

LeAnn Rimes Cibrian
Omg, Bin Laden!!! Blessings to our troops and a bit of peace for our country and those who lost loved one’s in 9/11.

Patton Oswalt:
No matter how collected Obama is during his speech, he’s hearing LL Cool J’s Mama Said Knock You Out blasting in his head.

Jimmy Fallon:
Got Bin Laden and interrupted Celebrity Apprentice? Win for Obama all around.

Perez Hilton:
I thought Osama died a few years ago? This is great for Obama’s re-election!

Holly Robinson Peete:
Little ones asking who Osama Bin Laden is and why is everyone happy he’s dead.

Tyra Banks:
My brother has been a U.S. soldier for over twenty years. Today I salute him and all of our brave, selfless miltary women and men. 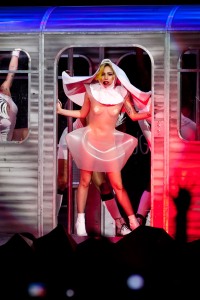 Marlee Matlin:
Thinking of 40,000 troops who died, over 3,000 9/11 victims, thousands of others in world who died and families. Light a candle for them

Andy Milonakis:
I will not back down on this, he was an awful man, so I feel bad for whatever in this life turned him into such an ignorant monster

Lady Gaga:
Just landed. Watching CNN, what a historical moment in the fight against hatred.

What was your reaction to President Obama’s speech and the news of bin Laden’s death?