Prince William’s first kiss with Kate Middleton was pretty hot. But can it beat the royal smooch between his mama, Princess Diana, and papa, Prince Charles? We break it down.

We commoners have kissed plenty of frogs, but nary a chick can boast snogging a prince.

Allow us to wriggle into the satin shoes of Kate Middleton and Princess Diana for a moment and decide once and for all who served up the best royal wedding kiss: Prince William or Prince Charles?

Obviously, we’ll never have the opportunity to test this out in practice. And to be sure, we would rather stab ourselves in the eye with a rusty pair of cuticle scissors than make out with Prince Charles. Sorry, Charlie old boy.

SHOWDOWN: Who had the better dress — Princess Diana or Kate?>>

But let’s talk pure mechanics. Who in their royal wedding “first kiss” photo boasts the better lip lock? Let’s examine the pics, shall we? 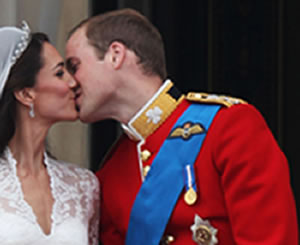 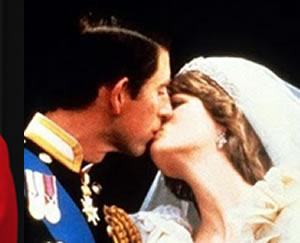 You win, Willy, old chap! Handsome Prince William takes the royal fruitcake for being the better kisser. Prince Charles might have bested his royal son had he turned out to be a faithful mate. But cheating on your princess is just royally douchy.

Who do you think appears to be the better kisser: Prince William or Prince Charles? Take our poll above!

Is a ROYAL BABY underway for Kate and Will?