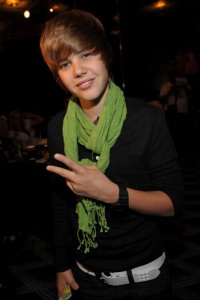 Justin Bieber just refuses to be held down. Last year, the Never Say Never pop phenom scored a BET Award nod and this week, he’s nabbed a CMT nom for his music video collaboration with Rascal Flatts, That Should Be Me.

Biebs has tough competition in his category however. He and Rascal Flatts are up against Kelly Clarkson and Jason Aldean’s Don’t You Wanna Stay; Kid Rock and Sheryl Crow’s Collide; Aaron Lewis’ Country Boy, with George Jones and Charlie Daniels; and Loretta Lynn, Miranda Lambert and Sheryl Crow’s Coal Miner’s Daughter.

Adele, Train and John Mayer are each up for CMT Performance of the Year for their collabs with Darius Rucker, Martina McBride and Keith Urban, respectively. They’re up against Zac Brown Band and Jimmy Buffett and Reba.

Winners are determined by fan votes. You can check out the full list of nominees and then get in on the voting here. Then see who takes home the trophies when the 2011 CMT Music Awards air on Wednesday, June 8, 2011.