Hollywood has royal wedding fever, y’all! Some celebs chose to forgo their beauty sleep so they could catch a glimpse of Kate Middleton’s dress in its live, lacy glory. Was the royal wedding their cup of tea — or bloody disappointing? See how they reacted below. 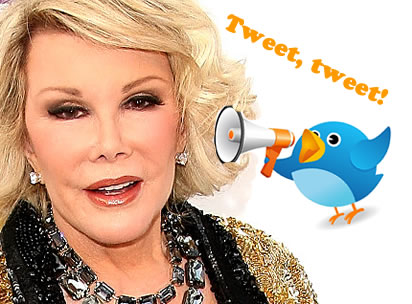 While most of us were breathlessly Googling photos of Kate Middleton’s wedding dress, the celebs were tweeting it up. So… was the royal wedding #lovely or #disappointing to the people of Hollywood?

For some reason, Joan Rivers has a bone to pick with Kate Middleton’s ring. She tweeted: 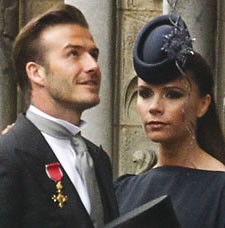 Pregnant Victoria Beckham debuted her barely-there bump at the royal wedding. And just when we thought David Beckham couldn’t possibly get any hotter, he had to go all dapper with his slicked-back ‘do. Sigh… Posh tweeted:

“London looks beautiful!!!we are so proud to be British! X VB x”

The royal wedding made Brooklyn Decker very emotional, not to mention quite generous with the exclamation key: 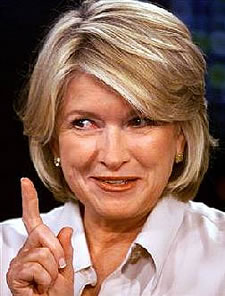 What does the queen of decor have to say about the Princess of Wales? According to Martha’s Twitter post, Kate Middleton’s dress gets an “a+”:

“The trees in the aisle were the perfect touch,the landau in which they are riding is amazing-with one rider and four horses,and her dress a+.”
Steal Kate Middleton’s wedding hairstyle >>

Britney Spears’ little sister, who just turned 20 on April 4, got pregnant at age 16, but she still believes in happily ever after. On the royal wedding, she said: 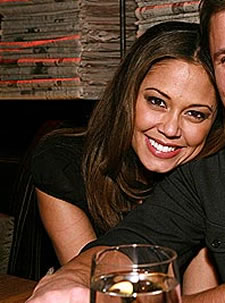 “I said to myself I wouldn’t be this girl, but here I am watching #TheRoyalWedding LIVE with no plans to sleep soon!”

The burlesque dancer and former wifey to Marilyn Manson took a moment to brag about her own royal connections, tweeting:

“The lady who dresses me backstage at the Crazy Horse when I’m performing there used to be one of the dressers to the Queen.” 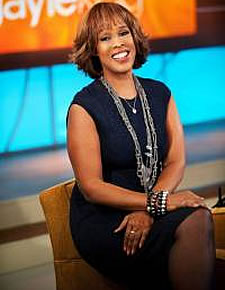 Kate Middleton’s dress gets a thumbs up from Oprah Winfrey’s best pal. According to her Twitter page:

“I love love love kate’s dress and so impressed it remained a total secret until today!”

Do you agree with the celeb tweets about the royal wedding?