Disney’s Prom takes audiences back to one of the most important nights of any teenager’s life. The pressure to fit in and simultaneously find yourself is never higher than in high school. In that facet, Prom succeeds on a multitude of levels.

Prom is as much a rite of passage as it is a school dance. In Disney’s Prom, 14 future Disney stars weave their way through the myriad challenges that confront the cast of sophomores and seniors as the dance of their lives approaches. 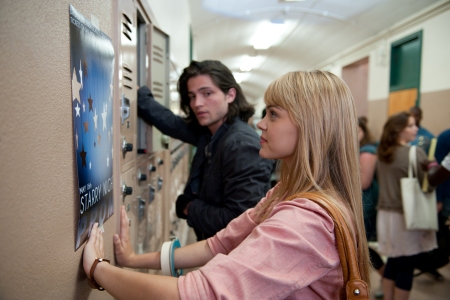 Aimee Teegarden and Thomas McDonell are Nova Prescott and Jesse Richter, two seniors who could not be more different. Aimee has lived her whole life looking forward to prom and is in charge of the planning committee. When everything goes awry in the weeks prior to the big dance, she is paired with the misunderstood school slacker to get what needs to be done completed so the senior class can enjoy their night. Sparks fly immediately between these two actors and they are impeccably cast. Look for McDonell to appear in a slew of films in the future. Some are saying, because of the Disney connection, that he is the next Zac Efron but we think he is the next Johnny Depp.

Teegarden has a screen presence that was only teased in Scream 4. She commands the film, yet Prom is very much an ensemble piece.

That cast of 14 sophomores and seniors is packed with bright upcoming stars that should be illuminating audiences for years to come. 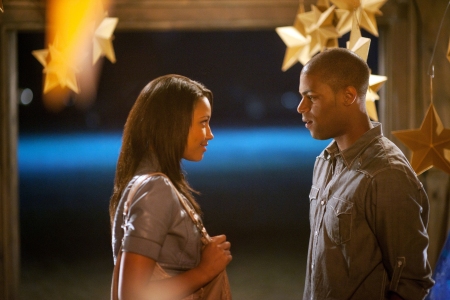 Standouts for us are the couple that should be prom king and queen — Kylie Bunbury as Jordan and De’Vaughn Nixon as Tyler. The couple quarrels and makes up through the movie and the will they or won’t they make it to the prom as a couple, keeps audiences guessing.

Also completely endearing in an innocent, yet perfectly uncomfortable teenage way is Danielle Campbell as Simone and Nolan Sotillo as Lucas. The sophomores share a romantic spark that is often fizzled by their teenaged insecurities and awkwardness. These actors give audiences the outside-looking-in feeling of the sophomores. Who cannot relate to the feeling of being in high school on the younger end of the scale while these seemingly serious mature seniors are living the high life? Through Sotillo and Campbell’s eyes, we see what it means to be a teenager halfway through the journey of high school. 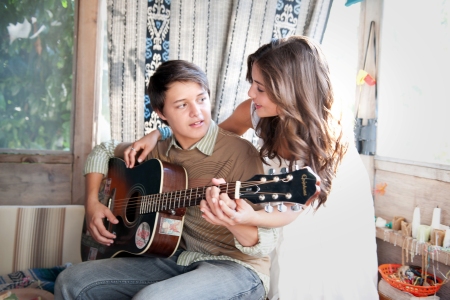 Prom is fun, but doesn’t take itself too seriously. At our screening, hundreds of teenagers let their pleasure be known with each successive scene and their subsequent screams of joy. You would have thought it was Justin Bieber up there on screen instead of a cast of unknowns. That, above all else, may be Prom’s biggest compliment.