Get out your popcorn. The last weekend of April doesn’t boast many big name DVD and OnDemand releases, but there’s definitely some new action, drama and laughs to bring home. The King’s Speech, Country Strong and Black Swan are still winning the battle, but see what movies to rent for a night with Kate Walsh, Michael Vartan, Dermot Mulroney, Billy Zane, Val Kilmer, Steve Austin or AnnaLynne McCord. 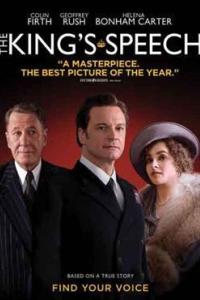 The movies currently winning the DVD rental battle include recent releases The King’s Speech, Yogi Bear, Black Swan, Country Strong, Tron: Legacy, The Tourist, Hereafter, Tangled, The Fighter, Due Date, How Do You Know, Love & Other Drugs, 127 Hours, Skyline, The Switch, Rabbit Hole, Life as We Know It and Stone, but there are also some smaller name movies that landed this week and might intrigue.

The mother’s tale Fly Away takes on the challenges of raising an autistic teenage daughter as a single mom. As young Mandy becomes more and more unmanageable, so too does her mother Jeanne’s life. Over a period of two weeks, Jeanne is confronted with the most difficult decision a parent can make: To let go or to hold on tight.

In One Way to Valhalla, Private Practice‘s Kate Walsh plays pal to Bo (Gabriel Macht), a working-class guy who goes through some major personality changes after surviving a brush with death. 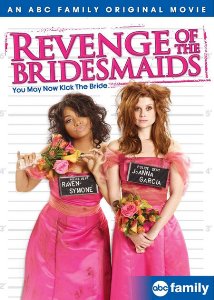 Raven Symone and Joanna Garcia go undercover for laughs in ABC Family’s Revenge of the Bridesmaids. When the girls head home for a visit, they learn one of their girlfriends has stolen the man of another, so the duo decides to infiltrate the wedding.

For a grittier revenge tale, check out Blood Out, starring Luke Goss, Val Kilmer, Vinnie Jones, AnnaLynne McCord and 50 Cent. Goss plays a local sheriff who ditches his badge and goes undercover when detectives refuse to investigate his brother’s gang-related murder. He’s set on finding his brother’s killer and getting revenge, but the gangster life turns out to be sexier than he expected.

The action flick Sniper: Reloaded, with Billy Zane, Chad Michael Collins, Annabel Wright, Richard Sammel and Kayla Privett, takes you to the heart of the Congo. Collins takes center stage as the son of a killer sniper. When he and his team walk into an ambush during a rescue mission, everyone is taken out. To find the killer, the young sergeant trains to outsnipe the sniper who killed his team, with the help of his father’s protégé, played by Zane.

3 Idiots harkens back to the rebellion of Ferris Bueller’s Day Off. College kid Rancho is a prankster with a crafty mind and a heart of gold, but things take a turn when he falls for the dean’s daughter.

Next week’s May 3 releases include The Dilemma with Vince Vaughn, Kevin James and Winona Ryder; From Prada to Nada with Alexa Vega, April Bowlby and Wilmer Valderrama; and The Green Hornet with Seth Rogen, Michael Pena, Adam Sandler and Cameron Diaz. Old school rockers might enjoy Bob Dylan: Revealed and Bruce Springsteen: The Promise.