Fast Five is about to open the summer movie season. Does it start with a bang or a fizzle? Oh, we are definitely going with ”bang” here! We’ll break it down for you in our Fast Five review. 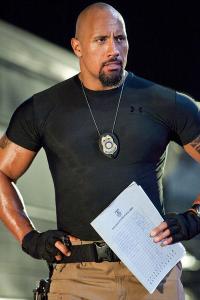 How many franchises can you name that manage to make it to number five? The number isn’t very big. Now, narrow that down to franchises who effectively manage to reinvent themselves.

When you slice it down a bit more to franchises who have fans rabidly awaiting the fifth installment: Well, a monkey could count that high. So it is with great pleasure that I tell you that Fast Five is one of those films. Anyone who reads my reviews can tell you I’m a huge action movie fan, but I’ve never been a gear head. I couldn’t name one of the cars in any of the films. I really liked the first and the third movies. I sort of liked the fourth. I wasn’t so keen on the second. But this one really nailed it.

Here’s the story: For the first time, the film opens exactly where the last one left off. FBI agent Brian O’Conner (Paul Walker) and his girlfriend Mia Toretto (Jordana Brewster) break Dom Toretto (Vin Diesel) out of prison with a pretty spectacular bus crash and some super fast cars. They head off to Rio de Janeiro to hide out. While trying to keep a low profile in a favela, we find out that Mia is preggers. (It’s hardly a spoiler since it happens in the first few moments of the film.) Vince (Matt Schulze) has a job for them… one last one that will set them up for quite some time. It’s a train heist and let’s just say it doesn’t exactly go as planned. And damn, director Justin Lin knows how to open a film!

We’ve got a shoot-out, jumping from a moving train and Brian and Dom flying off a bridge, Thelma and Louise-style. Well, without the suicide thing. You’ve seen it in the trailer so I’m sure you’ll understand me when I say that the action in this film is a complete blast. The gang is all back, including Ludacris, Tyrese Gibson, Sung Kang, Tego Calderon, Don Omar and Gal Gadot. We’ve also got some newcomers, including Elsa Pataky as Dom’s love interest (he’s still wearing Letty’s necklace) and, oh yes, Dwayne ”The Rock” Johnson. Johnson plays a stone cold (forgive me for that, wrestling fans) federal agent named Hobbs who is out to hunt down Dom. This is the guy you call in when everyone else fails.

There is an epic battle-pissing contest between Dom and Hobbs that could be described as a ”clash of the titans.” Two giant men, throwing each other through walls and kicking the crap out of each other. It’s a blast to watch these two go at it. So is their staring contest. I was taking bets with my seat mate about who would crack up first. Strangely, the Rock seems to be sweating up a storm and Vin is fresh as a daisy. 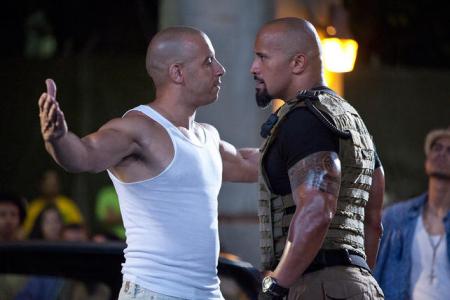 The franchise is in a transition period right now. It’s actually heading away from racing films and moving towards heists. And really, the franchise’s willingness to change is part of the reason this film worked. That and the humor. Fast Five never takes itself too seriously. There are silly moments all over the place… and there needs to be. Some of the dialogue is a bit cheesy and some of the effects are most certainly going to take up a full episode of Mythbusters. (Dragging a giant safe behind two cars down the streets of Rio is going to do a bit more damage to the street than we see.)

Making sure the audience knows that the writers ”get it” with a little humor and some crazy action makes the silliness easy to forgive and fun to watch. There is also a pretty poignant moment that sets up the fate of one of the characters. (This film takes place before the events of the third film, The Fast and the Furious: Tokyo Drift.) 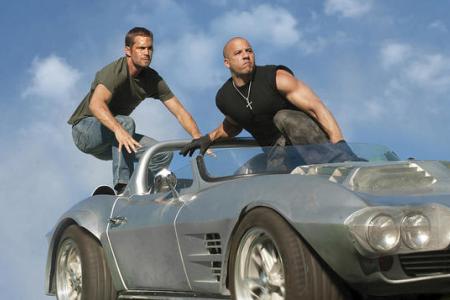 Fast Five also sets up where the next film takes place. And I, for one, am looking forward to it. Fast Five will be released on Friday, April 29, 2011. P.S. I’m not always a fan of scenes after the credits, but oh my God, you must stay for this one! I’m not going to say a word about what happens, but just trust me. If you leave, you’ll be kicking yourself.