Tonight’s The Office: Goodbye Michael marks Steve Carell’s final run as the reigning king of The Office. Will Ferrell is back for more fun as Michael Scott’s replacement, and did you hear Jim Carrey, Ricky Gervais, Will Arnett, Ray Romano, James Spader and Catherine Tate are coming to Scranton for The Office finale!?!

The Scranton branch of Dunder Mifflin and The Office fans will say goodbye to Michael Scott tonight. The peculiar office manager is moving to Colorado to marry his true love, Holly, making Thursday, April 28 Steve Carell’s last episode as a cast member of The Office. 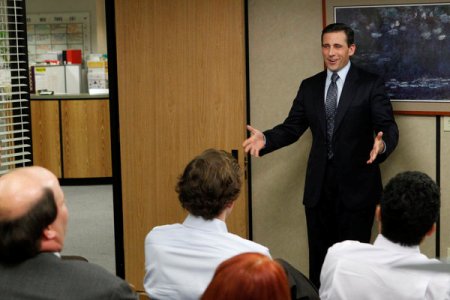 Michael is hoping to make an easy, unemotional getaway tonight, but nothing ever comes easy to this guy! His last day in Scranton promises to be “a perfect farewell to the World’s Best Boss,” complete with Michael’s special brand of bizarro and often uncomfortable moments and a touch of emotion. While Michael makes the rounds to say his goodbyes, his replacement Deangelo (Will Ferrell) and Andy struggle to save his biggest client.

Carell may come back for a visit or two, but his big exit has been the talk of TV since the news broke that he’s retiring from The Office after seven seasons as Scranton’s big boss. To ease the impending transition, the show brought in Ferrell for a four-episode arc and has lined up a super star-studded season finale with guest stars Ray Romano, James Spader, Catherine Tate, Jim Carrey, Ricky Gervais and Will Arnett.

Yes, that’s right! With a lineup like that, the finale should be a wack-tastic fun fest. But then what happens?

The Office: Who’s the boss? 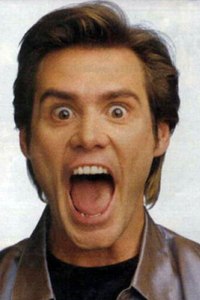 After things don’t work out with Deangelo, The Office will have to pick a new boss for next season! Fans have to wait until the show’s 50-minute finale on May 19 to find out who will take Michael’s chair.

While Will Ferrell stepped in to play four episodes as Michael’s replacement, his character Deangelo won’t actually stick around past May 5.

The Office water cooler buzz has it that Michael’s replacement could be a current star or one of The Office season finale super stars — Gervais, Arnett, Romano, Spader, Tate or Carrey.

Brit Gervais, who created and starred in the original The Office, has made it clear he has no designs on making the move to Scranton. Ray Romano and Jim Carrey also seem unlikely to stick around, but Arnett, Spader or Tate could make interesting new chiefs and seem to be available.

For the record, this SheKnows reporter thinks she looks pretty darn good at Michael’s desk — just check out the pic below! If you don’t agree, chime in and let us know who you would like to see take the lead when The Office returns next season. 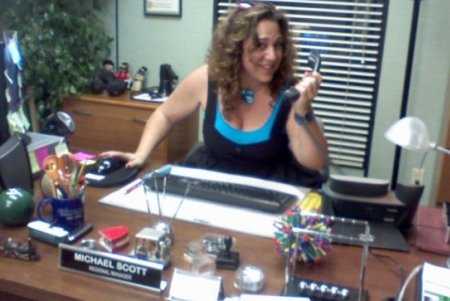