Well, here’s an unlikely pairing! Justin Bieber and Mark Wahlberg may be teaming up for a basketball movie. Yes, you read that right. 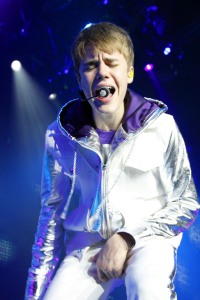 It seems a bit like putting marmite and whipped cream on a sandwich, doesn’t it? Pop star and teen heartthrob Justin Bieber is teaming up with The Fighter’s Mark Wahlberg. Well, it isn’t a done deal yet, but according to The Hollywood Reporter, the two are in talks for a basketball movie.

Wahlberg reportedly told Vulture, “We’re putting it together. We’re doing it at Paramount. We pitched them the idea and, you know, we’re talking about doing it. He loves the idea. He’s been sending me video. He sent me a video of himself, and, yeah, I think he’s really talented.”

He also said it’s more of a drama than a comedy. He’s also been a Belieber for some time.

In August, Mark Wahlberg said, “The world needs Justin Bieber. Justin Bieber is like the white Tupac. Compared to a lot of people.”

Wow. That’s… something else, right? But before you worry about musical theater songs about ballers, let me reassure you. Neither the Biebs nor Marky Mark will be singing or dancing. Actually, I wouldn’t mind seeing that.

Wahlberg most recently earned an Oscar nomination as one of the producers of The Fighter. Bieber made his big-screen debut this year in the biopic, Justin Bieber: Never Say Never 3D.