The royal wedding is estimated to cost millions of dollars. We couldn’t help but wonder — will Kate Middleton’s parents go traditional and pay for the wedding? Or will Queen Elizabeth foot the bill?

The royal wedding is coming together and all the last-minute details are being ironed out. But as we wait in anticipation for Kate Middleton‘s walk down the aisle toward Prince William, we can’t help but wonder — who will pay for this extravagant royal affair? 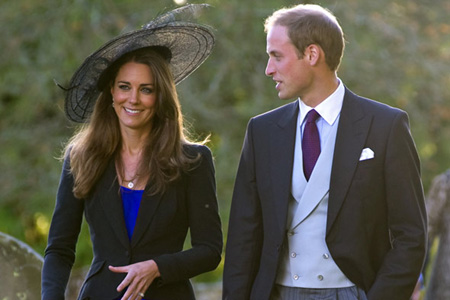 When you look at the details between these two very different families, there’s plenty of money to be spent on the wedding. The royal family is, well, the royal family and Middleton’s family owns their own party supplies company.

The speculation for what Kate Middleton’s parents will be paying for has been debated, but according to Montrealgazette.com, the Sunday Times newspaper is saying Carole and Michael Middleton are paying an estimated $163,000 for Kate’s nuptials to Prince William.

According to the report, the $163,000 includes suites at the Goring Hotel in London, the honeymoon, gowns, bridesmaids’ dresses and the maid of honor’s ensemble, which included $49,000 for their daughter’s bridal gowns and $32,000 for her sister Pippa Middleton‘s gown.

The royal family is obviously shelling out its own money and a palace spokesman revealed to The Telegraph, “Both the Prince of Wales [i.e., Prince Charles] and the Queen are likely to contribute toward the cost of the wedding. It will be a family contribution, but no final decision has been made.” The spokesman added, “In particular, if the reception is held at Buckingham Palace, the Queen will pay for that.”

We do know who is paying for all that security and city clean-up — the government!

Do you think Kate Middleton’s parents should pay for the royal wedding? Or should Prince William’s crew foot the bill?