You’ve been hearing about it for months and now the day has arrived. SheKnows has all the details you need to know about the royal wedding schedule of Prince William and Kate Middleton!

The royal wedding of Prince William and Kate Middleton is upon us and SheKnows took the liberty of breaking down the schedule of the day’s events. 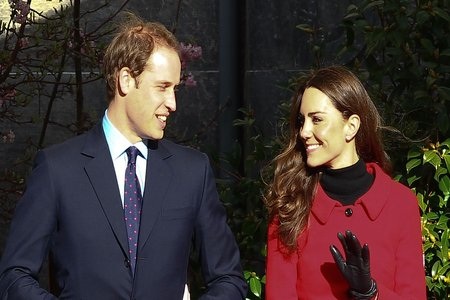 As confirmed by the palace and reported by ABC News, at 8:15 a.m., London time (3:15 a.m. in the Eastern United States), guests will begin arriving at Westminster Abbey in preparation for the ceremony.

Prince William and his brother, Prince Harry, who also doubles as his best man, will leave Clarence House at 10:10 a.m., while members of the foreign royal families begin to arrive at Westminster Abbey at 10:20 a.m.

The Goring Hotel will play a major role, as Carole Middleton (Kate’s mother) and James Middleton (Kate’s brother) depart at 10:20 a.m. to make their way to the church. The hotel is also the chosen place for Middleton’s last night as a single woman.

Members of the royal family, including Prince Andrew and his daughters, Beatrice and Eugenie, will begin to arrive at 10:40 a.m. for the ceremony.

At 10:51 a.m., Kate Middleton and her father will leave the Goring Hotel via a Rolls Royce where she’ll make her way to Westminster Abbey to finally reveal her dress!

The ceremony will then begin at 11 a.m. and take slightly over an hour to complete.

At 12:15 p.m., Prince William and his bride will go from the church to Buckingham Palace where they’ll take official photos and appear on the balcony at 1:25 p.m. for what we hope will be their first public kiss.

There will then be an afternoon reception followed by a 7:00 p.m. party for the new husband and wife.

That’s a lot of details and the day starts even earlier here in America! What part are you looking forward to the most?