A producer for Desperate Housewives backs up the claims of Nicollette Sheridan that she was forced out of the hit show — and slapped — by creator Marc Cherry. 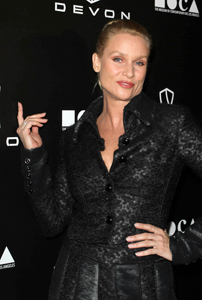 A former executive producer of Desperate Housewives gave testimony that backs up the claims of Nicollette Sheridan that show creator Marc Cherry plotted to have her kicked off the show.

Lori Kirkland Baker said in her sworn declaration that Cherry decided to off Sheridan’s character Edie after the actress complained to ABC bigwigs that he slapped her. She left Desperate Housewives in 2009.

“Mr. Cherry had expressed to the writers, in my presence, increasing frustration with Ms. Sheridan.”

Sheridan claims Cherry assaulted her on September 24, 2008. She dropped the physical abuse claims from the suit back in December because she did not wish to undergo the physical and mental examination it would have required.

The next hearing in the case will occur on May 3.