Human Planet, the extraordinary series from BBC/Discovery Channel, has arrived on home video merely days after the show’s broadcast on the Discovery Channel and we’ve got your inside look at a phenomenal piece of filmmaking.

Human Planet is the first time the BBC and the Discovery Channel have used their powerful documentary team to focus solely on human behavior within the framework of the wild world of wildlife on earth. The normally fickle British press has been fawning over this astounding piece of work. The Telegraph said, “It’s like nothing you’ve ever seen before.” 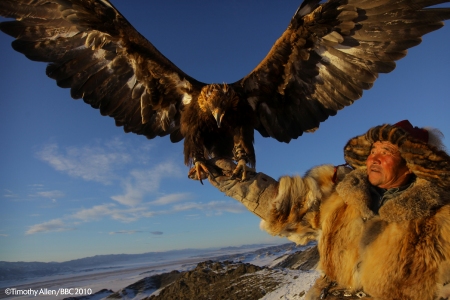 The documentary series is from the same team that brought audiences Planet Earth, Life and Blue Planet. Where those features showcased the animal kingdom, Human Planet adds in the layer of humans and their affect on nature. The series illustrates cultures that co-exist with nature and how they are a model for how the rest of the world should lead their lives and expand their cultures.

Human Planet weaves a web that intertwines 80 stories that have never before seen the light of day. The work is a study in humanities and the relationship we as a species have carved for ourselves within the wild world. What is so inspiring about Human Planet is how these stories illustrate how man and nature can live in harmony without one oppressing the other. Each show focuses on a specific part of the world and how those peoples manage the habitat in the area they call home. It is an inspiring piece of work in that it shows that humans do not necessarily have to overrule the wild world and can prosper within it instead of pushing it aside or completely destroying it. 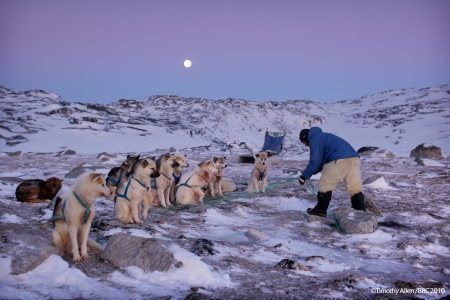 The home video release is also enhanced by three hours of additional footage not seen in the BBC/Discovery Chanel series.

To celebrate the series’ arrival on home video, BBC has launched an official Facebook page that features a new game, the Human Planet Trivia Challenge. Visitors can take the quiz and win a chance at an incredible prize pack that includes copies of the Blu-ray/DVD, framed photos and the award-winning books the series took its inspiration from. Visit the Human Planet Facebook page at www.Facebook.com/HumanPlanetTVSeries.