Looks like someone paid a visit to the “Staten Island Dump.” Jersey Shore’s Angelina Pivarnick confirmed to TMZ today that she is pregnant. Baby daddy is allegedly her fiance, Dave Kovacs. 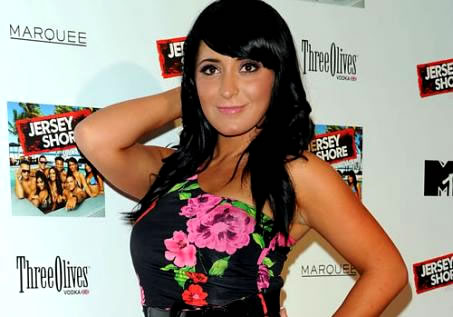 Angelina, who is notorious for leaving hit show Jersey Shore not once but twice, would not provide any details about the pregnancy. But one thing’s for sure: That will be one tan child.

No more Ron-Ron Juice for you, Angelina

Pivarnick was known as a lot of things by her castmates (“dirty little hamster,” anyone?), but perhaps the most salient is that she was a bit of a playah.

In season one, Angelina was banished from the shore house for refusing to work at the landlord’s T-shirt shop. She later revealed to Us Weekly, that the main reason she left was because she wanted to see her then-married boyfriend. The two have since parted ways. 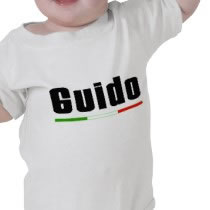 In season two, Angelina returned to Jersey Shore, much to the chagrin of her castmates. After dealing with a lot of smack from Mike “The Situation” Sorrentino — who called Angelina a “slut” and a “cheater” — she eventually left the show. But not without a damaged weave and bruised ego, thanks to former pal Nicole “Snooki” Polizzi.

Angelina has since moved on with a new man and hopes of a music career. She was also allegedly cast in a movie called Every Time I Go to Staten Island, Something Bad Happens. Like getting pregnant? Current fiance Dave Kovacs reportedly proposed to Angelina at a New York fashion show in front of flashing cameras, leading some to think the engagement was a publicity stunt.

So is pregnant Angelina ready to be a Jersey Shore mom? Here’s hoping girfriend can GTL — gym, tan, lamaze.