If it weren’t for Jack Osbourne, Ozzy Osbourne might still be on drugs. Sharon Osbourne said her son was the reason Ozzy chose to quit.

Sharon Osbourne says her son helped Ozzy Osbourne get sober after years of hard alcohol and drug use. In an interview for an upcoming documentary directed by Jack Osbourne, Sharon cites Jack’s 2003 sobriety as a “turning point” for her rocker husband which gave him an opportunity to reflect on his own lifestyle. “Jack getting sober was really his big turning point. Jack was dealing with life sober for the first time.” 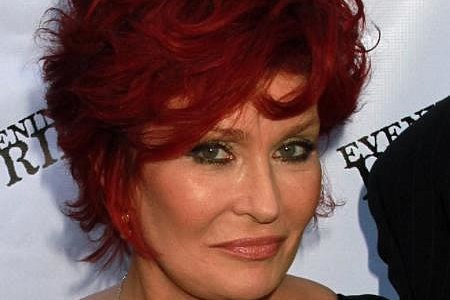 Jack agrees with his mom: “[My dad] got sober about five years ago, and it’s all about everything kind of culminating up to that moment when he decided that… enough of the partying. Let’s see what life has to offer in a kind of a sober realm. You can’t keep going at that level for so long; eventually you’ve gotta get sober.“

For the first time in many years, Ozzy has been sober. The entire family is proud and supportive. Kelly Osbourne reveals, “I spent 19 years of my life praying he was the father I have today. Not many people can say that.” Osbourne’s older and more camera-shy daughter, Aimee, echoes her sister Kelly’s sentiments: “He’s really blown us away. It really seems like he’s come through the other side.”

We commend both Jack and Ozzy in their sobriety and Sharon Osbourne for her strength as a wife and mother. You go, girl!