New Kids on the Block singer Donnie Wahlberg is being credited as a hero today after he used Twitter to find a kidney donor for a dying fan! 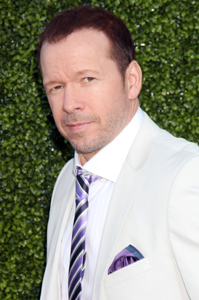 New Kids on the Block singer Donnie Wahlberg — who has also acted in some of your favorite movies and TV shows — used the power of Twitter for good when with a single click he helped secure a kidney transplant for a dying fan.

It all started in December, when a girl named Abbie Vicknair tweeted that her friend Bobbette Miller lost most of the function in her kidneys and desperately needed a transplant. Donnie Wahlberg retweeted Vicknair’s post — and within hours the hospital was flooded with calls from NKOTB fans who wanted to help.

Six matches were found for Miller, and she is now scheduled for transplant surgery in June.

Wahlberg told the Boston Herald it’s no big deal, and the real credit goes to the entire Twitter community.

“It’s a testament to the value of Twitter when used for more than telling people what one is eating for dinner or using it to sell products by tweeting as an #endorser,” he said.

Donnie Wahlberg just appeared with supergroup NKOTBSB — a combo of boy bands New Kids on the Block and the Backstreet Boys — in a special appearance on last night’s Dancing With the Stars.