Kara DioGuardi has shared the news that not only was she molested as a child, but her mom knew about the molestation and did nothing. 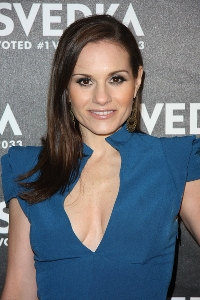 Last week, news circulated about Kara DioGuardi‘s experience as a date rape and molestation survivor, information she shared in her book, A Helluva High Note. Today, DioGuardi discussed the molestation with PopEater, saying that her mom knew about the molestation, but did nothing about it.

The former American Idol judge was molested at the age of 11 by a family friend’s son. She says that her she told her mother about the molestation, but nothing came of it. “My mother was very Catholic, very repressed, a virgin when she married. She barely said the word ‘sex’ and there weren’t Oprahs. It was a different time,” DioGuardi told PopEater.

However, DioGuardi knows her mom carried it with her. “[I]n the last month I spoke to my mother’s friend’s kid and she relayed to me how my mother was speaking to her about it so it definitely weighed on her and I spoke to her about it before she died.”

Unfortunately, not only did being molested affect DioGuardi, but the manner in which her mom reacted – or didn’t react – impacted her. “She didn’t know how to handle it but still you internalize it like, ‘Wow, am I not worth anything?'” DioGuardi explained. “So I think that was something I needed to come back from and build my self-esteem.”

Kara DioGuardi also discussed being date raped by a music executive and her struggles with an eating disorder that she developed in high school. You can read more about DioGuardi’s mom’s knowledge of the molestation in DioGuardi’s book, A Helluva High Note, which was released on Monday.