Katie Couric has officially announced that she will be leaving “CBS Evening News.” Where will everyone’s favorite news anchor be taking her services?

Katie Couric is in the market for a new job. The anchor just officially announced to People Magazine that she will no longer be working with CBS. 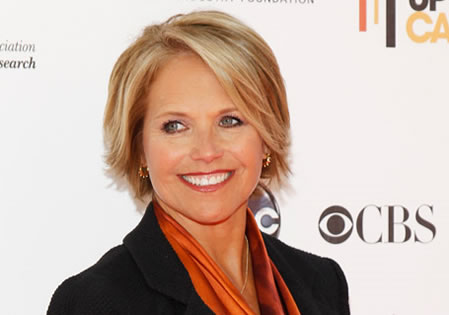 “I have decided to step down from the CBS Evening News,” Couric said.

There are reportedly no hard feelings with CBS.

“In making the decision to move on, I know the Evening News will be in great hands, but I am excited about the future,” she said.

So what’s next for Katie Couric?

Katie Couric has served as a broadcast journalist for 60 Minutes and CBS Sunday Morning, but she is looking to widen her range.

“I am looking at a format that will allow me to engage in more multi-dimensional storytelling.”

With Oprah Winfrey stepping down from TV on May 25, there might be a nice niche for Katie Couric in the realm of daytime talk shows. But Couric says no details are confirmed yet.

According to TMZ, Katie Couric’s replacement will be 60 Minutes correspondant Scott Pelley.

Are you sad to see Katie Couric leave CBS?