In case your invitation got lost in the mail, our royal wedding TV guide will show you the best places to watch the wedding of Prince William to Kate Middleton. Whether you plan on having a watch party or are just planning on watching it in your PJs (live coverage starts around 3 a.m.), be in the know with our royal wedding guide.

The royal wedding of Prince William to Kate Middleton is this Friday, April 29th, 2011. The festivities begin at 9 a.m. in London – which means 3 a.m. Pacific Daylight Time. Set your alarms, auto-set the coffee and get ready to wach the extravagant $32 million royal wedding! But what channel should you tune into on TV? 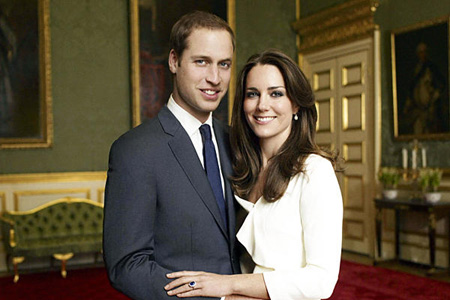 The BBC is planning on two days of royal wedding coverage, while TLC is hosting a party in New York’s Times Square with giant billboards telecasting the wedding.

If you are not in NYC, here is a round-up of where you can watch the Royal Wedding on TV this Friday. Please note that all times are in EDT and are subject to change:

Grab your friends and throw a royal wedding viewing party >>>

If you sleep through your alarm, don’t worry!

The ceremony will begin at 6 a.m. and you can watch the carriage procession at 7:15 a.m. followed by the balcony waving at 8:25 a.m.

If you miss the early morning royal wedding, you can catch a highlight film re-playing the royal wedding every two hours until 5 am Saturday on BBC America. Prime time TV on Friday will have all almost all of the major networks doing a wedding re-cap.

Get all the Royal Wedding updates and details here >>>