An incident report detailing Nicolas Cage’s arrest has revealed the actor dropped his 5-year-old son during his night of drunken mishaps. Child Protective Services may now open an investigation into the incident.

In the week since Nicolas Cage’s arrest in New Orleans more details have emerged about just what went on during the evening of heavy drinking gone wrong. Radar Online has revealed the Incident Report details, including details of how an intoxicated Nicolas Cage dropped his son Kal-El. 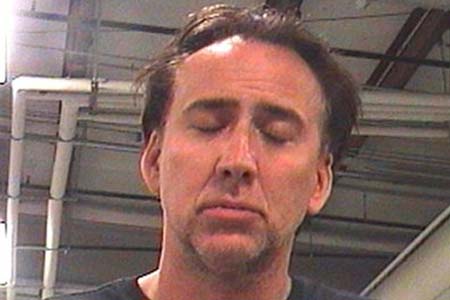 After an evening of dinner and drinks with friends, Alice (Nicolas Cage’s wife and mother of their child) drove the pair to a friend’s house to pick up their son. The report reads, “At some point, Mr. Cage fell while holding their son. The fall caused the 5- year-old child to suffer a minor abrasion to his left knee, and she [Alice] then recovered the child.”

Alice told police about Nic dropping his son, and another bystander reported a second incident. “As Mr. Cage was being transported, Sgt. Smith was approached by Officer Wild, who was still on scene. He informed Sgt. Smith that an unknown white male passer-by, who was walking a dog, stated that he observed Mr. Cage pull the male child to the ground by his hand.”

The incident rseport then states that, “Based upon this information, and Mrs. Cage’s earlier statement, a child abuse detective was notified.” The detective determined that no further investigation was needed, but noted that an investigation by Child Protective Services may be launched.

Photos of Kal-El’s injuries were taken but Alice refused to let her son be interviewed by police. She also declined to make a statement.

As for Nicolas Cage during this time? The report reads, “The male [Nicolas] appeared heavily intoxicated, displayed slurred/loud speech and was belligerent.” The 47-year-old was arrested on charges of domestic abuse and later bailed out by Dog the Bounty Hunter.

The whole situation is terribly sad and pathetic, but to hear that Kal-El not only witnessed his father’s drunken tirade, but was harmed in it? Shameful! Don’t hold your breath for that Father-of-the-Year award, Nic.

Do you think Child Protective Services should open an investigation on Nicolas Cage?