Khloe Kardashian’s weight struggles have left the reality television star in a crumpled mess, sobbing on the floor. In the most recent episode of Khloe & Lamar, the younger sister of Kourtney and Kim Kardashian loses it over harsh words from her mother Kris Jenner.

Khloe Karadashian is under enormous pressure to get thin and stay that way.

The scrutiny of appearing on reality TV, being compared to her two older sisters and battling constant pregnancy rumors, combined with brunt words from her own mother, have become too much for the 26-year-old. 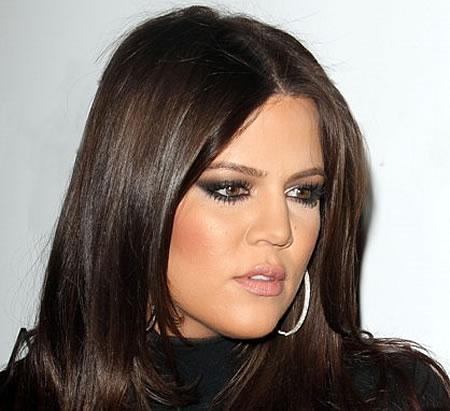 Khloe Kardashian’s biggest critic isn’t just herself — it’s her mother. On last night’s episode of Khloe & Lamar, momager Kris Jenner rips into Khloe’s supposed lax eating habits: “Can I have a little chat with you about Quicktrim?” she asks her daughter over speakerphone.

“I feel like, first of all, you don’t care—and it’s very, very upsetting to me, because I work so hard at creating what I feel like is a great deal for you girls, and you’re not pulling your end of the weight.

“What are you trying to say, exactly?” Khloe snaps at her mother. “I’m trying to say that you could not chat about how many cookies you’re eating between meals,” replies Kris. From there all hell breaks loose into a shouting match in which Khloe accuses her mother of, shall we say, screwing up her life.

“You tell me you want to have a baby every second,” Khloe says, “But I can’t be on some crazy diet if you want me to have a baby—I just don’t get what you want out of me.”

Sounds to us like Kris needs to start making her daughter’s feelings a higher priority than hawking her diet pill brand!

Losing it with Lamar

Khloe Kardashian’s weight loss pressure also became too much to handle with husband Lamar on last night’s episode. A conversation about cleaning duties in the kitchen quickly diverted when Khloe shared the real reason she was upset.

Lamar sat down on the floor as well, and while giving his wife a big hug told her, “I love Khloe just the way she is.”

It’s not the first time Khloe has battled management over her look. Kardashian dyed her hair red back in January to set herself apart from her raven-haired sisters, but was reportedly told by E! to return to her brown hue.

“I was just looking at pics of me with my red hair and I got kind of sad LOL,” she posted on her blog. “It was such a fun, new look for me– I really miss it!!!!”

Do you think Kris was out of line calling Khloe Kardashian fat?