Emma Watson is leaving Brown University for good — is it because of the alleged bullying? 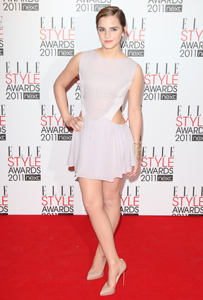 Emma Watson is bidding adieu to Rhode Island’s Brown University, but she claims it’s not because of bullying.

“I will still be working towards my degree… it’s just going to take me a semester or two longer than I thought,” Watson said on her website. “As you know, I love Brown and I love studying pretty much more than anything but recently I’ve had so much to juggle that being a student and fulfilling my other commitments has become a little impossible.”

However, now her rep is saying that it’s because Brown doesn’t offer the coursework Watson wants to pursue.

“Emma has enjoyed her time at Brown tremendously and made many friends there who she keeps in constant contact with. She has now decided to change university, but not for the bullying, as that is just completely untrue. She has just decided to continue with a different course. But, for reasons of security I am not prepared to divulge which university she will be attending,” Watson’s rep continued.

It’s widely reported that Watson’s first days at Brown were tough. Students were naturally curious about the Harry Potter star and reportedly shouted things like “Three points for Gryffindor!”

We’re hoping she doesn’t wait too long before going back to college – though we love seeing her onscreen!