Ever since he was tapped to play the title character in the movie “Thor,” co-starring Natalie Portman and in theaters May 6, we’ve had a crush on cute blonde Chris Hemsworth. So who is this sexalicious stud? We’ll fill you in. 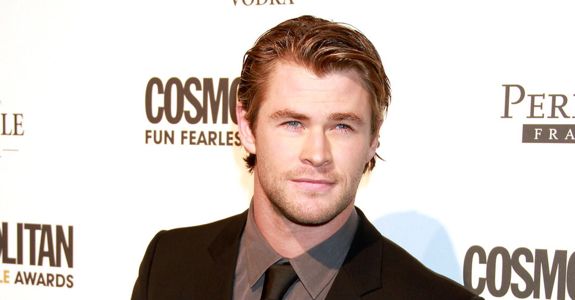 Why we love Chris Hemsworth:

His adorable Aussie accent, his calm countenance, and that hunky physique… need we really say more? 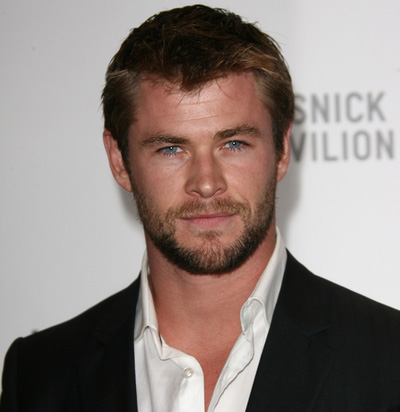 Any thinking woman will appreciate Hemsworth’s taste in roles: In May we’ll get to see him resurrect hammer-wielding Thor, one of the coolest mythological gods in history, for starters. While he was at Comic-Con this past year (geeks FTW!), he revealed this about his gaining 20 pounds of muscle (yum!) for the role: “I put on a lot of weight… It was purely eating, eating, eating, working out and working out, trying to sleep as much as you can — that’s the other third of the equation.” He’s set to reprise his role in The Avengers, a movie based on the Marvel comic, in 2012. 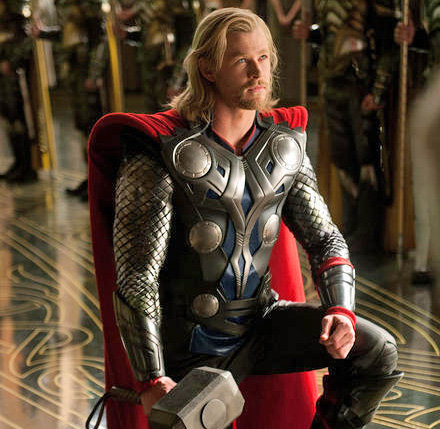 He was on Australian soap opera Home and Away from 2004 to 2007, playing Kim Hyde. And we love nothing more than a good soap-opera hottie! Hey, George Clooney and John Stamos both got their start on soaps! (RIP All My Children and One Life to Live *sniff*)

And speaking of hotness, Chris is currently showing off his ripped bod on the cover of the May 2011 issue of Men’s Health magazine. (Check out Chris’s “God of Thunder” workout here.)

But, sorry, ladies: Hemsworth is taken. He married Spanish actress Elsa Pataky, 34, this past December. 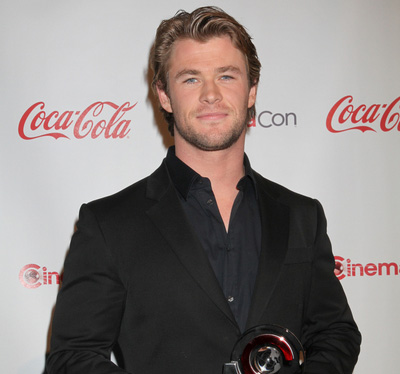 He has two hot actor brothers.

His little bro, Liam Hemsworth, dated Miley Cyrus for a year and a half — and Liam actually made it to the preliminary final four for the role of Thor! His older brother, Luke, is an actor who lives with his family in Phillip Island, Australia.

While we’re on the subject of acting, there’s one thing we gotta know: How was it kissing cutie Natalie Portman onscreen while filming Thor? “The whole experience was like, ‘What the f**k am I doing here?’ But in a good way,” Hemsworth told GQ. “It literally seemed like last week I was still working on Home and Away.”

Whether you’re in Aussie soaps or box-office blockbusters, we love you, Chris! 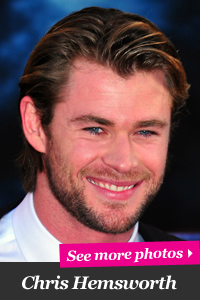