When SheKnows sat down for a chat with Sherri Shepherd, it was hard to know where to start. The View co-host was on cloud nine over hosting the 42nd Gospel Music Awards, but the actress, standup comic, writer, Newlywed Game hostess, mom and bride-to-be has so much more going on, as well. She dished on just about everything from wiling out on 30 Rock to going pro in One for the Money, not to mention her duties as a mom and fiance with a wedding to plan!

SheKnows: What would you say to get people who aren’t familiar with gospel to tune into the show and check out the sound? 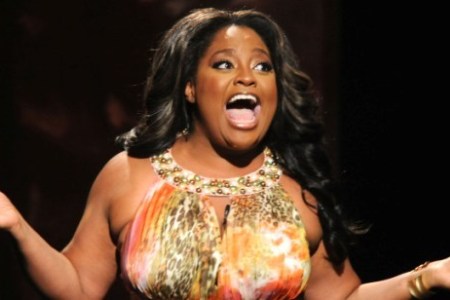 Sherri Shepherd: TobyMac is like the Black Eyed Peas without all the cursing and the dirty lyrics. They’ve got an uplifting message, so that’s who I compare them to. There’s only so much a “drop it like it’s hot” song can do for you. Then you get lyrics that say, “Get back up. The one that created you is standing with you. He’s protecting you, so get up.” I don’t care what religion you are: Those lyrics are going to touch you in a place that Dirty B is not going to.

The many hats of Sherri Shepherd

SheKnows: With all you have going, where are you finding time to plan your August wedding to Lamar Sally?

Sherri Shepherd: The wedding has paralyzed me. I’m hosting the Newlywed Game, which premiered April 18, and I’m in Big Mommas: Like Father, Like Son and the movie with Katherine Heigl, One for the Money. I haven’t done nothing about that wedding. This is my second wedding. I’d rather go to Jamaica, but my fiance has never been married before, so we’re having a big wedding. It’s hard, because I’m doing so much. Elisabeth Hasselbeck is one of my bridesmaids, so she’s helping. I’m so thankful. That’s my girlfriend, right there. She’s taken a lot of it on and she’s such a rock to lean on. I call when I’m stressed out and when I want to cry. 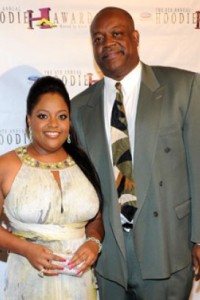 SheKnows: Your book is called Permission Slips: Every Woman’s Guide to Giving Herself a Break, but what do you actually do when you’re sick?

Sherri Shepherd: My son (Jeffrey, 5) was sick and hacking in my face all night long, and I’m praying, “Lord, you gotta give me what I need, because I gotta show up.” I can’t get sick. That’s all there is to it — and I haven’t gotten sick! But I’ve also found [with] getting older that sometimes, you gotta say, “No.”

SheKnows: What does Jeffrey make of your celebrity?

Sherri Shepherd: When he sees me on TV, he kisses the TV, but he doesn’t realize the celebrity part of it. He’ll tell people, “My mom is on The View,” but it’s like he’s saying, “My mom works at the grocery store.”

SheKnows: Which of your regular gigs is most fun?

Sherri Shepherd: They’re all so different. I love being host of The View. As the host of the Newlywed Game, I love finding out what in the world makes these couples tick and we have so much fun. I just finished 30 Rock and I love being able to do everything as that character (Angie). Being on stage as a standup comic is fun… I can’t say which is more fun, but I’m very thankful I get to be an actress and explore other characters and what makes people tick.

SheKnows: What kind of response did you get to 30 Rock’s hysterical Queen of Jordan reality TV spoof episode?

Sherri Shepherd: Andy Cohen from Bravo, who always does the [reality] reunions and The Housewives get-togethers, tweeted that I was brilliant and a genius. What a nice compliment! That means I did what I was trying to do. I even got a little flack for it. “You’re Christian: How could you portray this kind of character?” I like playing flawed characters. Angie Jordan isn’t a Christian. She thinks she’s all of that. She’s flawed and funny.

SheKnows: Will Stephanie Plum fans be satisfied with the big screen version of One for the Money? 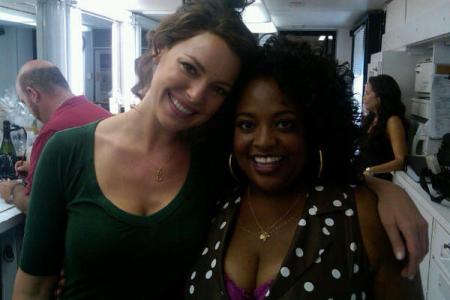 Sherri Shepherd: I hope they will! I read five of Janet Evanovich’s books and from the first time I read One for the Money, I saw that Lula and thought, “If that gets turned into a movie…” When I found out they were auditioning, I put on a tube top, a miniskirt and my five inch heels and walked down the street with that little outfit on. Barbara Walters said, “Where are going, dear?” “I’m going to book this movie!” Lula is so lovely and funny. She curses and says a lot of stuff, but she’s got a heart of gold. She starts off as a prostitute and becomes a bounty hunter. What happens to make her go through this change? That’s what I love and I think people are going to fall in love with her.