Fairly Legal star Sarah Shahi went off on Paris Hilton using the communication mode of choice for any celebrity: Twitter. 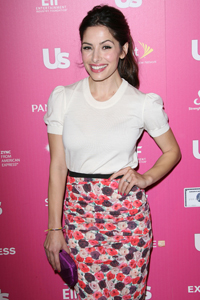 Don’t cut off Fairly Legal star Sarah Shahi in traffic — the actress will tweet her ire in no uncertain terms for the world to see and the media to report.

Shahi had a traffic run-in with Paris Hilton Friday — perhaps in Hilton’s new Lexus LFA — and it apparently left a very bitter taste in her mouth.

“Paris Hilton — worst driver ever,” Shahi wrote. “Almost hit me, then ran a stop sign. What if there was a kid around that corner, you dumb [expletive].”

“Paris Hilton — horrible excuse for a human being,” Shahi continued. “What an irresponsible person…what a lame existence. I wouldn’t be as pissed if I wasn’t a mom.”

“One more thing blonde piece of [expletive] — you’re not an elitist just because you have money. You should apologize… To humanity. nowi’mdone.”

The woman is only tweeting what 99.9 percent of the public has thought for decades.