Happy 74th birthday, Jack Nicholson! The Oscar-winning actor is reportedly celebrating his big day by putting his $4.25 million Malibu home up for sale! 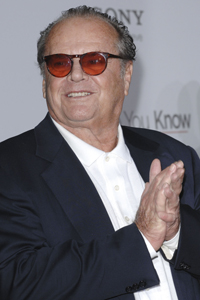 For some it is Good Friday and for others it is Earth Day — but for Jack Nicholson it is his 74th birthday! In the past, the How Do You Know? star has received a surprise birthday cake at the LA Lakers playoff basketball game where he is a regular on the sidelines, but this year it seems he has more serious life changes to plan.

Nicholson has reportedly put his Malibu ranch up for sale for $4.25 million. He has owned the 70-acre property since 1977 and it features a sprawling estate of swimming pools and tennis courts, as well as the 3-bedroom, 2-bathroom, 2,313-square-foot house that sits on the property.

The birthday boy has plenty of other homes to rest his head, including properties in Los Angeles in the Hollywood Hills, Aspen and Hawaii.

Nicholson, who has appeared in such great movies as The Shining and Terms of Endearment, recently opened up in an interview with the Daily Mail about getting older.

“One of the toughest parts of aging is losing your friends. At first it starts quietly, then pretty soon it’s every month, and you can’t help but think, ‘When is that bell going to go off for me?’ And on top of that you feel this constant loss. At this time of life, you feel just a sword’s point from death. It’s frightening — who wants to face God and the clear white light? I know I definitely don’t. Yet.”

I don’t like to end anything on a depressing note, so check out Jack Nicholson’s famous “You can’t handle the truth!” speech from A Few Good Men: