Reality television star Bethenny Frankel has no shame in telling you just how much putting her life in the public eye has cushioned her pocketbook. Over just the last three years Bethenny has gotten her Skinnygirl mitts on $120 million, with a high chance of more cash on the way.

From Real Housewives of New York to Bethenny Getting Married and now Bethenny Ever After, Bethenny Frankel has been working it hard. 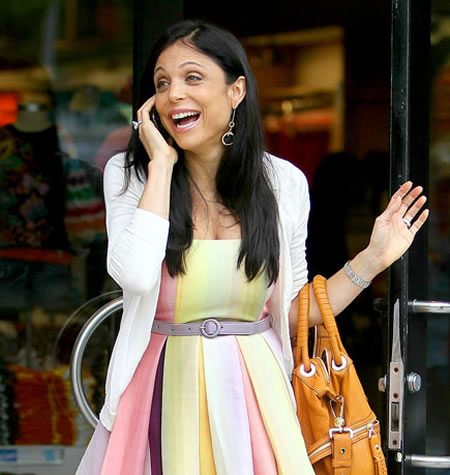 Instead of using her newfound fame to hit up exclusive happy hours, Bethenny has taken her Bravo television time to promote her Skinnygirl brand, a portion of which was recently acquired by Fortune Brands’ Beam Global for a reported $120 million.

Prior to agreeing to take part in Real Housewives of New York, Bethenny was a far cry from where she is today. “I didn’t know where I was in my life,” she explains. “I was still taking the subway to events because I couldn’t afford the $20 for a cab.”

“I went on the show single-handedly and exclusively for business,” Bethenny explains of the decision to take part in a reality show. “I knew it was a risk and I had the most to lose, because I already had a platform. When I went on the show, no one was going on for business, no one had done anything.”

“I’m not running around buying diamonds and getting facials,” she tells The Hollywood Reporter of her time as part of the Real Housewives cast. “I just decided to be totally honest and own it. You can’t do something you don’t stand for just to make money. It’s a smart audience, people will realize it.”

she has margaritas to thank

On the subject of her budding Skinnygirl empire she says, “Everything I create is a solution to a problem that women have. I don’t like to wear lingerie, but my husband loves it. So I created lazy lingerie. You wear it under a blazer or sweater during the day, but when you pull it off, you have on lingerie. It solves a problem.”

How did Bethenny Frankel lose the baby weight? >>

The problem that netted Bethenny her $120 million deal? Seven-hundred calorie margaritas. Bethenny’s invention, promotion, wheeling and dealing of the Skinnygirl 100-calorie margarita has made her rich. “I created a sub-category that never existed. I wasn’t an expert — I was just another person bothered by a 700-calorie margarita.”

Kudos to Bethenny for having the smarts to work her time in the spotlight, and cheers as well!

Do you think Bethenny Frankel deserves her $120 million paycheck?