Want to snag a position as a nanny for Brad Pitt and Angelina Jolie? It ain’t easy. The job requirements are high and we’re not sure the pay is even worth it. 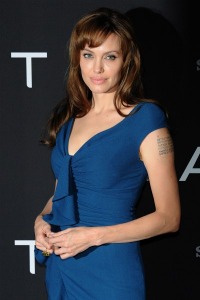 How much do Brad Pitt and Angelina Jolie pay the nanny to watch their six kids?

PopEater spoke with one recent applicant for the Jolie-Pitt nanny position (who presumably didn’t make the cut, since they aren’t under gag order) and uncovered some interesting details.

Each of these nannies is required to have a college degree in either education or child development and be fluent in at least two languages. Not just any two languages however — the nanny matched up with the adopted children must speak the language of the child’s native country.

Those qualified enough to land a Brangelina nanny gig are required to travel extensively between California, New Orleans, France and any other movie set location or vacation spot the family elects to go to.

So how much is a person to be compensated for their Jolie-Pitt nanny service? Estimates range between $50,000 and $150,000 a year. Multiply that times six and Brad and Angelina are looking at a bill between $300,000 and nearly $1 million a year just in child care costs.

Undoubtedly Brad and Angie are willing to pay steeply in order to have the best for their brood, but is a nanny for each child really necessary? How about the nannies themselves — is $50,000 a year worth giving up their own lives to be at Brangelina’s beck and call?