Winning American Idol is not the first singing competition to change the life of Jordin Sparks. The Phoenix native took the title at a karaoke contest at the age of 12 and proudly left carrying one of those sweepstakes huge checks. “My brother had the most sour look on his face because he wanted to win that too,” Sparks said and laughed. 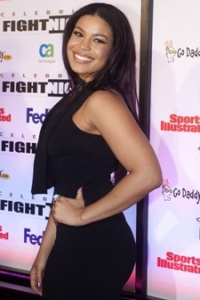 Jordin Sparks phoned us for our exclusive chat to talk about her dream come true moment: Singing the theme song to a film from Disney. Her song The World I Knew plays during the final credits of the precious African Cats. The Disneynature film is the third from the newly formed division of the always terrific Disney. After Earth and Oceans, African Cats lands on Earth Day to entertain and enlighten audiences alike to tell the story of two families of large cats — one cheetah and one lion.

After witnessing African Cats, Sparks reported she was taken aback at its majesty. Then it hit her: Not only did the American Idol winner achieve the dream of singing a Disney theme song, but also the movie that the song would appear in was one that powerfully reinforces the messages that Earth Day emits.

SheKnows: What does it mean to you to be singing the theme song of a Disney movie?

Jordin Sparks: The first email that I got was when I got the song. The email said let us know ASAP. This is going to be on the song from the next Disney nature movie. That’s all the information you get [laughs]. You want to do it. So I listened to the song and I really fell in love with it. What I loved even more is what people get out of the movie. I still touch people and it still is a great song in and of itself. I loved being a part of it. I know that Disney’s done Oceans and they did Earth. They’ve been amazing films. When I saw African Cats, I fell in love with this story. I fell in love with the cats and you get so attached to them. It’s really a great film and I loved the way the movie captured some of the intimate parts. You are close. You really felt like you were there! I grew up with the classics from Disney. I’m still a big fan and see the movies and love them. When they asked, I said, “Of course, I’d love to.”

SheKnows: This movie is absolutely unbelievable. What did you take away from African Cats above all else?

Jordin Sparks: You know what the funny thing is? What I took from it is I was completely reminded of my mom the entire time [laughs] — because I know my mom has that same way. She would do anything for her children. If you mess with Mama Sparks, you’re going to get in trouble [laughs].

SheKnows: I so know what you mean. 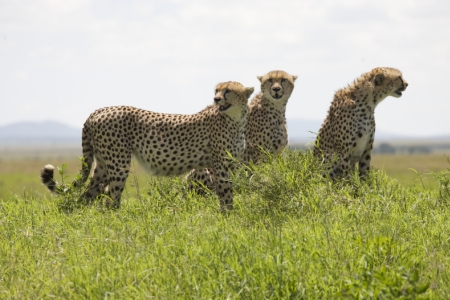 Jordin Sparks: Yes! I thought of my mom. I was very appreciative of that. It just made me love her. I love my mom so much. These animals, well, we always say, “Oh my gosh, the lioness is so cool.” You don’t really think about what goes on and the different things they have to do to survive. Their territory is getting smaller and smaller. The film doesn’t hit you over the head with it. It’s not like in your face like an overbearing-type message. It’s just a subtle message that you get. It was really cool to walk away with that as well.

SheKnows: I was also struck by how incredibly affectionate they are, both the cheetahs and the lions cuddling each other so much.

Jordin Sparks: Oh my gosh! It was so crazy. I loved that too [laughs]. Seeing how a cub would walk towards his mother. And the mother lioness would walk over and she would ever so sweetly touch her head.

Jordin Sparks takes us back to The World I KNeW 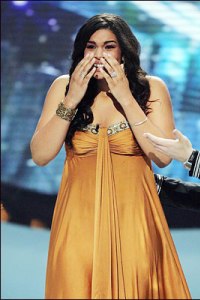 SheKnows: I know you’ve been singing your whole life. Can you remember the first moment when you said, “Wow, I love this?”

Jordin Sparks: The moment when I said, “Wow, I absolutely love this,” I was 12 and I was singing at the state fair. They were having this karaoke contest at the state fair and anybody could do it. I was only 12 and there were 17-year-olds, 16-year-olds, everybody competing. I made the final round. My voice got me this prize. It was the coolest feeling ever. I won 1000 dollars. For being 12, it was like a million to me [laughs]. And I got it in one of those big checks. I was walking around the state fair with this huge check on my shoulder. I wouldn’t let anyone else hold it [laughs]. I think that was the moment where I said, “I want to do this. I want to keep doing it.” I’ve known ever since I was little that I wanted to be a singer. I didn’t know that I was going to be auditioning for Idol at that moment. That was the turning point. After that, I started singing in competitions, singing at church. I was practicing singing all the time.

SheKnows: The recording process, performing live, making videos are all aspects of what you have to do. Is there one that’s especially important to you or especially rewarding?

Jordin Sparks: It all pretty much goes into it. I think the recording process is so important and so special because once that song is finished then you get the visual for what you want to do for the video and how you want to perform it. Especially in the booth, singing the song and putting your emotion behind it — there’s so many different things to do and so many different ways to emote a song and tell a story. Once that’s finished, then everything rolls out from there. I definitely think that the recording process is really important as well as the screening process of the song itself. It’s getting the song and getting the chance to say, “Yes, I want to record this song.” Songs can definitely be make or break. Or, it can change an outlook from a fans’ point of view. It’s a very crazy process.