LeAnn Rimes says she knows why she’s a cheater, and that if she was a man her sordid affair wouldn’t matter. 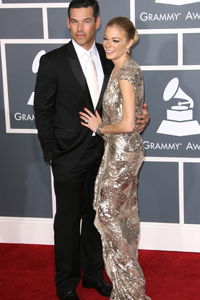 LeAnn Rimes says she knows infidelity is not as nice of a habit as, say, knitting, but the singer claims she didn’t know how not to cheat.

Yes, you read that right.

In her new special Backstory: LeAnn Rimes, the country star implies that this is all her parents’ fault and flat out says if she was a dude we wouldn’t care about the fact that she and Eddie Cibrian broke up the home of his kids because they couldn’t keep it in their pants.

Mothers of the world, apparently now you have to sit your daughters down and tell them not to cheat on their husbands, especially not with married fathers, especially when you’re famous and everyone will be talking about it and humiliating the scorned spouses and kids. Add that to the list right under “Just say no to drugs.”

Good news, though: LeAnn says now she has the strength to leave her husband first before devastating two families. Too bad that realization is a couple of years too late.

“I have the strength [now] but I didn’t at the time… So, it got really messy, but I have learned a lot from that. And I’m not glad it happened, but I know why it did.”

Anyway, LeAnn says if she was a dude we wouldn’t even care.

“[Country music] has such a double standard. You know, Willie Nelson and Johnny Cash and all these guys. God knows what they did back in the day? And if a woman did it, you never were accepted or forgiven. But if it was a guy, it was just their life… It’s quite interesting to have to navigate those waters as a woman in this business.”

At least she’s being honest about it now.