The top seven became the top six with the shocking elimination of Stefano Langone. 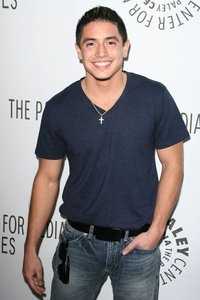 The theme was songs of the 21st century on this week’s American Idol. Some of the contestants’ tunes struck America and some not so much. This is how your votes went down America.

The American Idol results show kicked off with a very strange combo of Lauren Alaina, Haley Reinhart, Stefano Langone and Jacob Lusk taking on Train’s Hey Soul Sister. We get the results show group performance idea, but this number was all kinds of karaoke.

James Durbin, Casey Abrams and Scotty McCreery did a much better job taking on Coldplay’s Viva La Vida. McCreery even shed his country twang and gave us a little edge — we could get used to that.

Before we get to how the results went down, we have to mention Katy Perry’s futuristic performance of E.T. It was hot with a capital H! She’s definitely hypnotizing when she performs that song on a stage.

Ryan Seacrest didn’t waste much time putting Haley Reinhart out of her misery. She was the first of the bottom three sent back to the safe couch. Just a heads up for next week — let’s shake it up, Haley, give us something bigger.

We felt Jacob Lusk’s time would be up sooner rather than later but America didn’t see it our way. We really didn’t expect to see Langone go home just yet, but that’s the way America wanted it. He’ll be fine though. As he said, it’s the start of his career.

Did you agree with the American Idol elimination of Stefano Langone? Who do you think will be the next to go?