So You Think You Can Dance host Cat Deeley comes to the defense of Cheryl Cole, who has been told her judging the U.S. version of X Factor is a bad idea because of her strong English or “Geordie” accent. 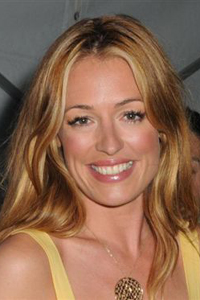 Simon Cowell is still searching for celebrities to join him and former Island Def Jam chairman L.A. Reid on the judging panel for the U.S. version of X Factor, and So You Think You Can Dance host Cat Deeley thinks Cheryl Cole would be the perfect pick.

Cole, who has judged the UK version of the X Factor, is popular overseas, however, her celebrity status has not yet followed her to the U.S. “Cheryl is just completely charming. The whole public loves her and she’s the nation’s sweetheart — I don’t see why she wouldn’t be that in America too,” said Deeley.

Deeley, who also has an English accent, feels like that shouldn’t get in her way. “People talk about the accent all the time — maybe they would understand her, maybe they wouldn’t. It’s difficult to tell but I don’t see it as a stumbling block. She could do something about that anyway if she needed to.”

In addition to talking up her fellow UK hosts, Deeley is also gearing up to cover the royal wedding of Prince William and Kate Middleton for CNN.

“It’s kind of exciting. But there’s a bit of me that’s absolutely terrified,” Deeley told Ellen DeGeneres on her talk show. “There’ll be more than 750 million people watching and it slightly makes me want to vomit slightly into my own mouth. I’m very nervous about it. But I think it’s going to be good!”

Video: Listen to Cheryl Cole talk and tell us what you think of her accent