Elton John is a new dad, fresh off the success of the adorable Gnomeo and Juliet, and the Cameron Crowe documentary about his collaboration with Leon Russell just opened the 10th Tribeca Film Fest last night. 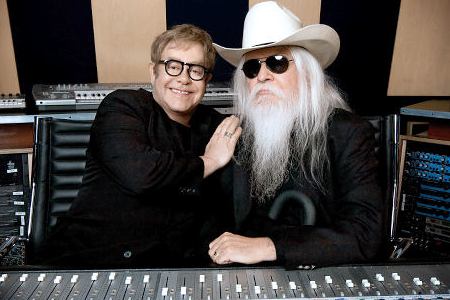 Held at Winter Garden at the World Financial Center near Ground Zero, the festival opened with comedian Denis Leary introducing a performance of Walk Like an Egyptian by the Bangles and the choir from PS 22 from Staten Island.

The Union chronicles the collaboration between music legend Leon Russell and Elton John, who considers Russell his idol. Their album was released in 2010 and debuted at number three on the Billboard 200.

The film gives us a look at the process of the two musicians who hadn’t spoken in 38 years. We also get to see flashbacks from the two in the early 1970s.

Early buzz has been extremely positive. John gave a free concert consisting of six songs at the festivities and said of Russell, “He’s got the accolades that he deserves and I am so proud of him.”

The Tribeca Film Festival will run until May 1.